Ireland must conquer the "step-up in psychological pressure" to become genuine World Cup contenders, according to Shane Horgan.

Former Ireland and Lions winger Horgan believes Joe Schmidt's men "have the capacity" to win the autumn's World Cup - but only if they hold their nerve.

Horgan admits, however, that Ireland must scale the mental hurdle that accompanies the "uncharted territory" of contesting a first-ever World Cup semi-final.

"I think Ireland have the capacity to win the competition," Horgan said.

"If you look at the potential draw they have, they've got one big northern hemisphere game against France.

"That would put them into a quarter-final against Argentina, then it could be a semi-final against England, and anything can happen from there.

"But you have to frame that against the fact that Ireland have never been to the semi-final before.

"It's not something they are used to be doing. It's really uncharted territory."

Horgan believes Ireland's tournament-winning experience at both club and Test level leaves Schmidt's squad better-placed than any in the past for World Cup success.

The 65-cap wing was part of the 2007 World Cup "disaster" where Ireland failed to reach the knock-out stages, that sowed the seed for Eddie O'Sullivan's departure after the 2008 Six Nations. 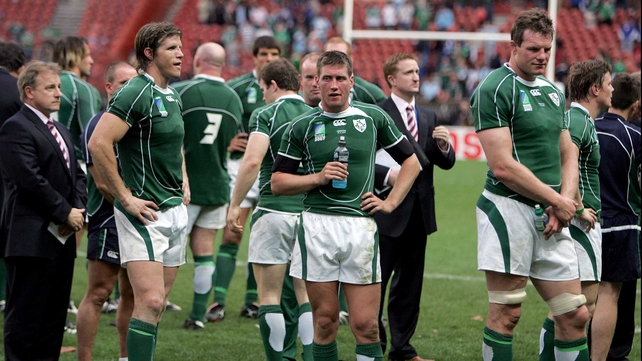 Horgan, now working as a lawyer in London as well as a TV pundit, insists Ireland will approach this year's World Cup a team transformed, now equipped to reach that elusive first semi-final, and move further still.

"In the 2007 Six Nations we didn't quite pull off our run chase against Italy, we went into that World Cup really expecting big things and it ended in disaster," said Horgan.

"So you have to be able to deal with the psychological side of things.

"Our team in 2007, we won a number of Triple Crowns, but we hadn't won a championship.

"This team do have those kinds of championship wins behind them though.

"So you would think they would be able to deal with it well, but there is a step-up psychological pressure that comes with the World Cup.

"It's a different kind of pressure and it's one they've got to handle.

"The experience of winning back-to-back Six Nations titles is going to stand them in great stead with that.

"Ireland don't win very many championships, so it's been a remarkable run.

"Even if Ireland hadn't won the championship they would still have taken a great deal out of everything that went on.

"It's a very good group of players that have had significant success in their careers.

"But you've got key decision-makers in the key positions, Murray and Sexton both performing well, Sean O'Brien and Jamie Heaslip going well too.

"Now there's a front-row that has four props that can hold their own at Test level.

"And then there's Joe Schmidt who is an exceptional technical coach, and those things combined are providing a successful period."