IRFU performance director David Nucifora has confirmed discussions on a new deal for Ireland head coach Joe Schmidt are imminent, and said Schmidt has done an exceptional job during his in charge.

Schmidt guided Ireland to the Six Nations championship last month and the retention of the title for just the second time in 66 years, but his current deal is due to expire following the World Cup in the Autumn.

Schmidt has been widely tipped to be the number one contender to replace All Blacks coach Steve Hansen, whose contract ends in 2017, and the IRFU will be keen to tie up the signature of Schmidt who took over the Ireland reins in 2013 after three years at the Leinster helm, where he won two Heineken Cups.

“Joe and I are starting discussions in the next week or so,” Nucifora told RTÉ Sport.

“Obviously, Six Nations was a pretty hectic time. He’s way too busy to be thinking about things like that. And then he had a period of time off with his family for personal reasons when he got back.

“We’re only just all back in the country at the same time now, so he and I, over the next period of time, will be sitting down and starting to talk about what his future would look like beyond the end of this contract.”

Nucifora agreed that the IRFU would be doing all it could to hold on to Schmidt’s services, saying: “He’s done an exceptional job, so it’s obvious that we’ll be working with Joe to come to a good solution.”

Last week IRFU chief executive Philip Browne said the Union was in discussions with Schmidt, and that “those discussions will come to some sort of conclusion over the next couple of months”. 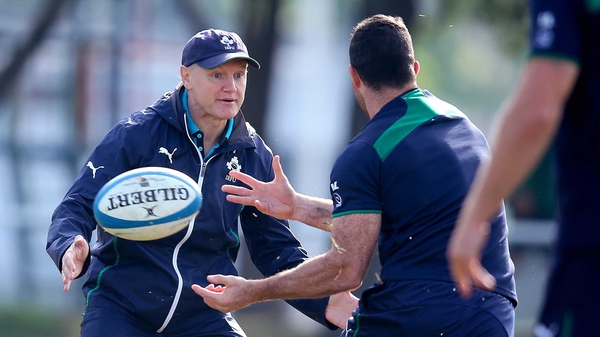 IRFU set to tie down Joe Schmidt on new contract