Munster head coach Anthony Foley has named his side to face Benetton Treviso at Musgrave Park tomorrow afternoon (3.05pm), with Donnacha Ryan set to make his first start since returning from injury and Tommy O'Donnell in line to win his 100th cap for the province.

Foley makes just three changes to the side that defeated Edinburgh at Murrayfield almost a fortnight ago.

Two changes to the pack see Stephen Archer start in the front row, alongside Dave Kilcoyne and Duncan Casey, with Donnacha Ryan coming in to partner Billy Holland in the second row.

Since his return from a foot injury in March, Ryan has featured twice from the bench in the Pro 12 and completed his first 80 minutes when lining out for Munster 'A' against the Ulster Ravens last week.

Once again Peter O'Mahony joins Tommy O'Donnell and CJ Stander in the back row with O'Donnell set to win his 100th cap for Munster.

The inclusion of Academy Player of the Year nominee Rory Scannell is the final change to the starting line-up, in a back line that sees Conor Murray and Ian Keatley remain at half-back, Scannell joins Andrew Smith in the midfield while Simon Zebo, Keith Earls and Felix Jones all continue in the back three. 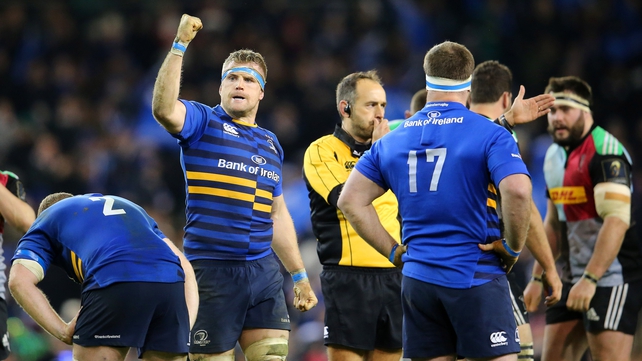 Leinster have made four changes to the side that started in their Champions Cup semi-final against Toulon for their inter-provincial Guinness Pro12 derby against Ulster on Friday evening (kick-off 7.35).

The game marks a milestone in the career of captain Jamie Heaslip, who was nominated as European player of the year on Wednesday, as he makes his 200th appearance for the province, having made his debut against the Ospreys in March 2005.

The Trinity College number eight becomes only the fifth player to have reached the double century; Gordon D'Arcy, who is out in front on 259 caps, starts in the centre against Ulster in one of the four changes.

Heaslip’s remarkable longevity since his debut in 2005 is evident in the statistic that in his 199 appearances to date, he has started 191 of those games, scoring 35 tries.

There was bad news for Leinster on the injury front, though, with the news that Marty Moore will require surgery on the shoulder injury he sustained Toulon, and will be sidelined for 12 weeks, meaning the end of the prop’s season. Barring complications, Moore should be in line to return in time for Ireland’s World Cup preparations.

It is the second shoulder injury for Moore this season; he damaged his right shoulder in October, and missed nearly three months of play.

A keyhole procedure will take place next Monday morning for a labral repair to his left shoulder.

In the other changes for the Ulster game, Zane Kirchner comes on to the right wing in placed of Fergus McFadden, who himself has been ruled out for the rest of the season with a thumb injury and had a successful operation on Wednesday morning.

Elsewhere in the back three, Luke Fitzgerald is selected on the left wing and Rob Kearney once again starts at fullback.

D'Arcy and Ben Te'o form the midfield partnership with Isaac Boss and Jimmy Gopperth at half-back.

In the pack Richardt Strauss comes in as hooker, with Cian Healy selected at loosehead prop and Mike Ross at tighthead. The second row partnership of Devin Toner and Mike McCarthy is once again retained.

Dominic Ryan comes into the side at blindside flanker with Sean O'Brien at openside and Heaslip leading the side from the base of the scrum.

Head coach Matt O'Connor also said Dave Kearney has a hip flexor strain and is ruled out of selection this weekend but that he should be back in the mix for the visit of Treviso on 8 May. 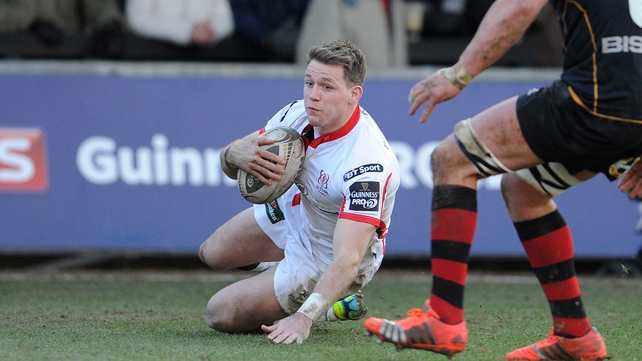 Meanwhile, Ulster Head Coach, Neil Doak, has named the same side that recorded a bonus point win over Connacht a fortnight ago for the game.

The Pro 12’s leading try scorer, Craig Gilroy, Tommy Bowe and Louis Ludik, who all got tries at the Sportsground, are named in the back three, with Gilroy on the left wing, Bowe on the right and Ludik starting at fullback.

Darren Cave and Jared Payne continue their partnership in midfield with Cave starting at inside centre and Payne wearing 13.

Paddy Jackson is named at outhalf with Springbok, Ruan Pienaar continuing at scrumhalf.

Up front, Callum Black and Wiehahn Herbst start either side of Captain Rory Best in the front row.

Roger Wilson is named at Number 8 and will draw level with Paddy Wallace as Ulster’s all-time Pro 12 appearance record holder as he plays his 131st game in the competition. 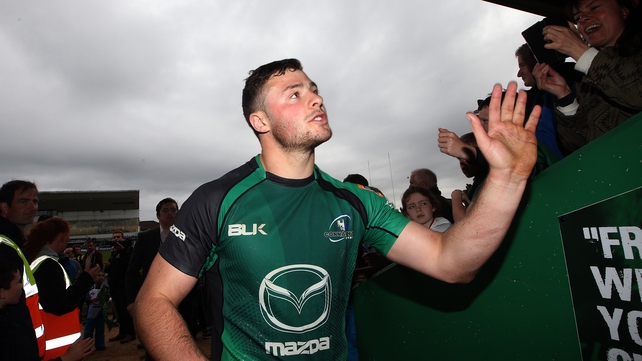 Head Coach Pat Lam has made three personnel changes to his Connacht side to face Glasgow Warriors at the Sportsground on Saturday afternoon (1.05pm).

Athlone man Jack Carty will start at outhalf in an otherwise unchanged back line that sees Robbie Henshaw and Bundee Aki link up in midfield for the fifth time.

Up front, Academy lock Ultan Dillane, who will be promoted to the senior squad next season, has been called in to partner Aly Muldowney in the second row.

Galway man Eoin McKeon is recalled to the back row to join captain John Muldoon and recent Player of the Month winner Eoghan Masterson.

From the replacements bench, Sportsground favourite George Naoupu is in line to make his 100th appearance in a Connacht shirt.

Commenting on the upcoming game, Pat Lam said: "You could say this is our toughest game of the season with who we are up against and what is on the line. We understand the massive importance of tomorrow but we have prepared like we would every game. It's up to us to go out and perform as a team.

"Glasgow are the league leaders for a reason. They are a well-coached side with huge depth in their squad of internationals and they are the number one offloading team who can score plenty of tries. So defensively, we will have to be spot on.

"It's a huge challenge but we're really excited by it and the fact that we're at home makes it even more special. The Connacht support has been huge all year. They have carried us home in these big games before and with so much riding on the game, it's great to know that they'll be behind us again tomorrow."