Leinster have named the same starting XV that beat Bath for their Champions Cup semi-final against Toulon in Marseille on Sunday (3.15pm).

That means Matt O’Connor makes 12 changes to the side beaten by Dragons in the Pro12 last weekend, but there is only one change to the match-day 23 that accounted for Bath in the quarter-finals .

Ben Marshall comes in for Tom Denton on the bench.

Jamie Heaslip captains the side from the base of the scrum in his 199th game for Leinster.

Only four other players - Gordon D'Arcy, Leo Cullen, Shane Jennings and Shane Horgan - have played more times for Leinster than the Trinity number eight who made his debut in March 2005.

Leinster Gear Up For Toulon Test

Follow a live blog on Toulon v Leinster on the RTÉ website and News Now App from 3pm, with commentary on RTÉ Radio 1 Extra. 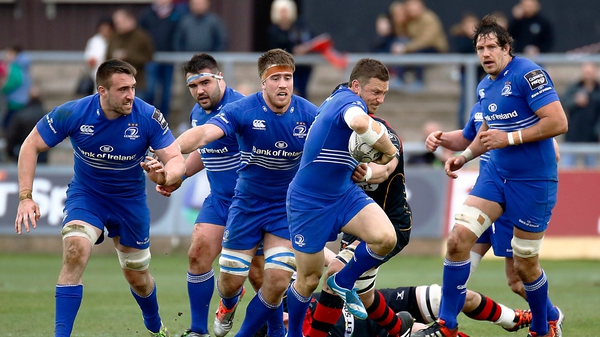