Leinster are in serious danger of missing out on the Pro12 play-offs for only a second time in league history after a second-half collapse at Rodney Parade left them eight points behind fourth-placed Ospreys with just three games to play.

The Irish side led 22-8 five minutes into the second half but then conceded two tries while Ben Te'o was in the sin-bin for a high tackle.

Hooker Thomas Rhys Thomas got a first-half try for the Dragons while centre Jack Dixon got another after the break and Wales Under-20 international back row James Benjamin added two as the home side came back from way down to win.

The Dragons surprised many by beating Leinster at the RDS Arena in Dublin by 16-14 on 15 February so they were gunning for a significant double before kick-off.

Leinster, meanwhile, drew with Glasgow Warriors at home in their last league clash.

The Dragons took an early advantage when Tovey opened their account with a 30-metre penalty but the Welsh outfit really pushed the boat out when Thomas was at the back of a rolling maul from an attacking line-out and was driven over for an unconverted try.

It was a very tightly-fought half as Leinster began to find their feet and nearly got a try when the dangerous Te'o was about to finish off a lovely move down the right when young centre Tyler Morgan raced across and thrust the big New Zealander into touch centimetres from touching down.

But when the Dragons were penalised for offside at a ruck in their own 22, Gopperth had a simple kick to land Leinster's first points of the contest.

The Dragons had a few more thrusts into opposition territory and their pack were performing well in both the loose and tight situations, including when they forced a penalty from the Leinster eight on their own line.

However, with the Welshmen within sight of going into the break ahead, Leinster hit them with a double body blow.

Both Leinster tries, one of which Gopperth converted, within two minutes of the break were from missed Dragon's tackles as Te'o burst past Dixon from a Eoin Redden pass at a ruck before Gopperth ran away from home prop Phil Price and scrum-half Jonathan Evans to cross and put the Irishmen into the interval 15-8 ahead.

And just 10 minutes into the second period, Te'o did it again as this time he surged through a gap when the door was left open by Morgan and fly-half Dorian Jones.

The Kiwi went under the posts to make Gopperth's conversion simple and put Leinster 14 points ahead and seemingly cruising towards the win.

However, the Dragons hit back when they reached the Leinster goal-line and Dixon drove over under a pile of bodies.

Tovey's conversion was good and suddenly the Dragons were back in it.

Leinster were then a man down when Te'o put in a high tackle on Dixon and found himself in the sin-bin for 10 minutes.

And that allowed the Dragons to build even more pressure which paid off when Welsh star Taulupe Faletau charged down an attempted clearance from in front of his posts by Redden for replacement Benjamin to drive over.

And Benjamin put the Welshmen into the lead and gave them a bonus point when he went over at the left corner.

The Dragons had turned the game on its head and the home fans were buzzing when the final whistle to signal the double for the Welshmen. 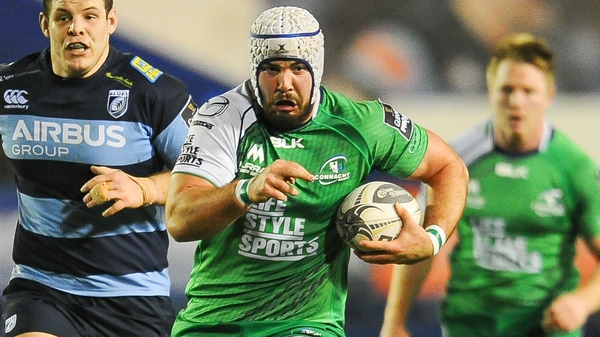 Gordon D'Arcy not among Leinster renewals