The competition for semi-finals and European places will mean there is a significant edge to the remainder of the Guinness Pro12 calendar.

With five sides battling for four places in the play-offs and eight with a reasonable chance of getting a European place, there will be far more meaningful matches than in previous seasons.

On the play-off front, it looks increasingly likely that only two places will be occupied by Irish teams. Ulster (second) and Munster (third) are currently best positioned. Leinster, currently fifth, are the team who would be left standing without a chair if the music stopped now.

Making matters even more difficult for Leinster is the fact they are battling on two fronts, with a European semi-final against Toulon sandwiched between two Pro12 outings in the coming weeks.

Significantly, that semi-final takes place on a Sunday and is then immediately followed by a critically important trip to Ulster the following Friday. Against that, Leinster’s other three fixtures, against Newport-Gwent Dragons, Treviso and Edinburgh, are very winnable.

But some of those currently in the play-off positions have tougher finishing schedules to contend with. 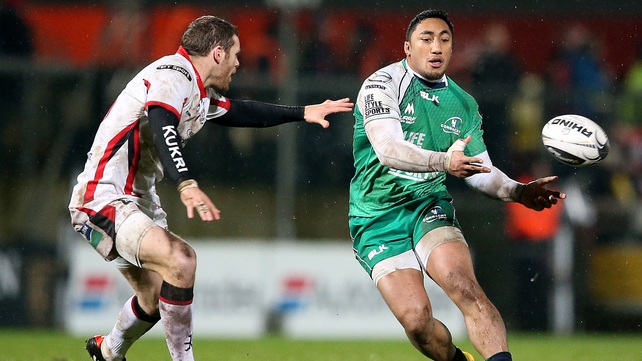 Connacht are also playing for more than pride with Edinburgh and the Scarlets snapping at their heels as they attempt to become the fourth Irish team to claim a place in the Champions Cup.

They face Ulster this weekend at the Sportsground and will fancy their chances of getting what would be their 10th win of the season. Ulster were only able to manage a narrow victory in the reverse fixture at Ravenhill on St Stephen’s Day and the northern province’s form has been average since then.

Connacht’s home record is formidable with just one Pro12 defeat at home so far this campaign. But Connacht have also had their difficulties in recent weeks with issues at half-back among the main on-field worries.

They have only beaten Ulster once in 17 outings since 2005.

This season has been all about breaking barriers of that type but even though the mood in the province is downbeat, Ulster’s tendency to come good at this time of the season may just kick in and they should just have the quality in the backline to edge this one.

Leinster must also show they can stay the pace against Newport Gwent Dragons. They were beaten by the same opposition at the RDS in mid-February – albeit while missing their Six Nations contingent – and continue to have issues with attacking back play and, increasingly, defensive organisation.

Matt O’Connor’s men have conceded more tries than any of the other play-off hopefuls – 31 in 18 games – and while there has been the occasional glut of tries at the RDS the back-line play has been particularly blunt in the high-intensity matches.

Defensively, they were picked apart twice in relatively innocuous situations by George Ford last week. Gordon D’Arcy is drafted in at inside-centre in a bid to address that failing and should have some impact, at least on the defensive side of the ball.

The Dragons are involved in a European campaign of their own and have a similarly daunting schedule that sees them play on Sunday and then again on Friday but have opted not to rest any frontliners. Taulupe Faletau starts at number eight.

It would be no surprise to see Leinster may come undone at some point in the near future but they may just have enough hunger to battle to another tight victory this weekend. 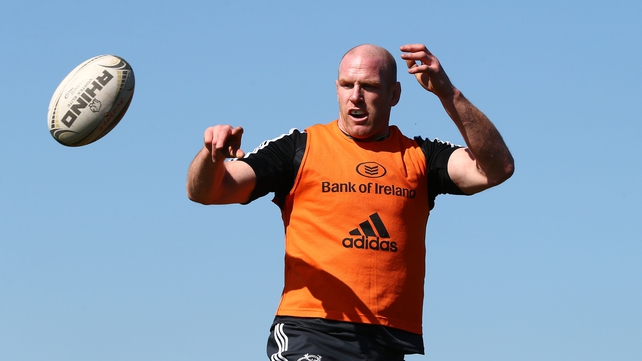 In contrast to the rest, Munster look to be hitting their straps at just the right time. Anthony Foley’s men are in good form and further boosted by the return of Paul O’Connell, Peter O’Mahony and Conor Murray to the starting XV. The Ireland trio should be well rested and can provide a lift without disrupting operations in a settled looking side.

Their opponents Edinburgh are also involved in second-tier European competition with Alan Solomons’ side set to host the Dragons on Friday night in the Challenge Cup.

They are also in the battle for a Champions Cup place and having beaten Munster in Thomond Park on the opening day of the season will be keen to do the double.

They have scrummaging power, height and a sprinkling of attacking quality in their back line with Sam Hidalgo-Clyne capable of running a high-paced game from scrum-half. They struggled for a few months after that opening-day win but have shown significant improvement since January.

But this competition is now Munster’s only chance at silverware. With those leaders back in harness in the pack and the in-form CJ Stander capable of dominating the ball-carrying exchanges, they should have enough to get a valuable win.

Champions Cup Preview: Do or die for Leinster in Bath