Connacht's Mils Muliaina has been ruled out for two to three weeks with a groin strain sustained in the province's Challenge Cup defeat to Gloucester last Friday.

The former All Black will miss Saturday's Pro12 clash with Ulster on Saturday and could be a doubt for the visit of Glasgow on 25 April.

It was also confirmed that centre Conor Finn suffered an ACL tear to his knee during the round 18 game away to Munster in March.

He will undergo surgery in the coming weeks and recovery time for the 22-year-old is likely to be six to seven months.

Mick Kearney was a late withdrawal before the game with Gloucester after aggravating a toe injury in the warm up and is now expected to be unavailable  for up to six weeks after MTP joint sprain was confirmed.

There was better news on Matt Healy and Andrew Browne, however, who were also forced off against Gloucester.

Healy suffered rib contusion during the game at Kingsholm and was replaced after 62 minutes but an x-ray post-match showed no fracture and the injury is not as bad as first thought. The 26-year-old will undergo a graduated return to training this week.

Browne was removed from the pitch minutes into the second half of Friday's quarter final after sustaining a low grade AC joint (shoulder) sprain. Following further review today, the Galway man is expected to resume training later in the week. 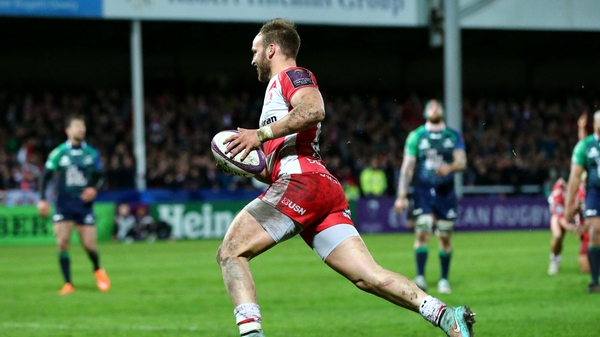