The world record Test caps holder, who retired from international rugby after Ireland's Six Nations title win in 2014, predicted Ireland “will be in the mix,” to win the trophy alongside England, New Zealand, South Africa and Australia.

“I’m going to go with New Zealand because they got the
monkey off the back from winning in 2011, maybe them to beat
Ireland in final,” O’Driscoll told Bloomberg today.

If Ireland can win group D then they would not be able to play likely group C winners the All Blacks until the final.

However, if Ireland were to finish second behind France or Italy they would play the holders at the quarter-final stage - barring a New Zealand defeat to Argentina.

O'Driscoll added that of the Six Nations countries, France and Wales, along with Ireland and England, “have capabilities of absolutely getting to semi-finals and finals.

The 2015 edition of the Six Nations was criticised for a perceived preponderance of kicking tactics and unimaginative running rugby.

The dramatic final day of games produced 27 tries in three games however, as Ireland, England and Wales took the shackles, off in pursuit of the championship, which Ireland eventually won on points difference.

O'Driscoll admitted that the southern hemisphere giants “probably up to the final day wouldn’t have been quaking in their boots.

“But then that final day definitely would have made them sit up and pay attention to what these teams can do.” 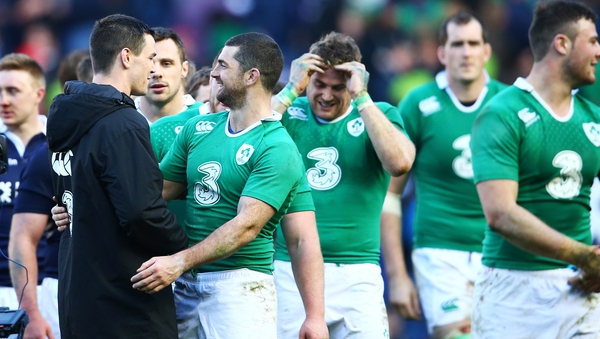