Leinster head coach Matt O'Connor has made sweeping changes to his side to face Scarlets at Parc y Scarlets in the Guinness Pro12 on Saturday (5.15pm).

There are seven changes in total from the team announced to start against the Ospreys last Friday in the 9-9 draw in Swansea.

Having been retained by Ireland last weekend although not involved in the match day squad against England, Luke Fitzgerald starts on the left wing with Fergus McFadden on the right wing and Zane Kirchner at full back.

Ben Te'o is selected in the 13 jersey while In the half backs, Eoin Reddan starts at scrum half to partner Jimmy Gopperth.

There are five changes to the pack from last weekend. It's a completelty new front row with Cian Helay, Sean Cronin and Marty Moore starting. It is Healy's first start for Leinster since the opening day trip to Glasgow Warriors in September.

Like Fitzgerald, Mike McCarthy was also retained by the Irish management last weekend, and comes into the second row to partner Kane Douglas who makes his 20th appearance for Leinster. 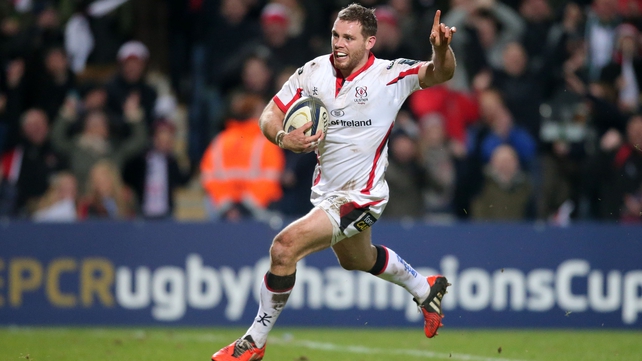 Darren Cave will captain Ulster for the first time when the province take on Newport Gwent Dragons at Rodney Parade on Sunday afternoon (4pm).

The 27-year-old has played 154 times for Ulster and leads a team aiming to make it five wins in a row in the competition.

Samoa international, Mike Stanley, is named at inside centre and will start his first game for the province.

Stanley is selected in place of the suspended Luke Marshall and is one of two changes to the side that beat Scarlets at Kingspan Stadium last weekend.

The other change sees Ireland international back-row forward, Iain Henderson, picked at blindside flanker in place of Roger Wilson, who also misses the game because of suspension.

Hughes Insurance Ulster Academy and Ireland U20s back, Sam Arnold, is named among the replacements and will make his first senior appearance for the province if called upon.

In the forwards, Callum Black starts at loosehead, Rob Herring continues at hooker and Wiehahn Herbst is named at tighthead. 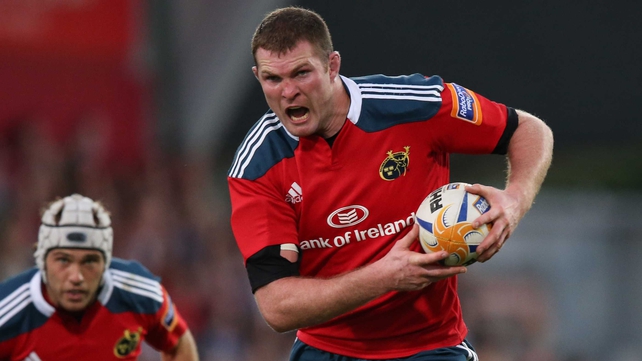 Donnacha Ryan has been included in the Munster squad for the first time this season ahead of their trip to face the Ospreys at the Liberty Stadium on Saturday (2.40pm).

Following the successful rehabilitation of a right foot injury sustained against Benetton Treviso in March of last year, Ryan is included in a match-day 23 for the first time this season, as he in named on the bench.

In the tight five, Dave Kilcoyne comes into the starting front row at loosehead alongside Eusebio Guinazuand BJ Botha, while Donncha O'Callaghan and Billy Holland form the second row partnership for the fourth successive game.

The back row sees Dave O'Callaghan return at 6 with Sean Dougall and CJ Stander continuing at 7 and 8 respectively.

There are no changes in the half backs and midfield with Duncan Williams, Ian Keatley, captain Denis Hurley and Keith Earls all retaining their starting positions.

With JJ Hanrahan remaining in situ at full-back, Felix Jones comes into the back three on the right wing alongside Ronan O'Mahony on the opposite flank. 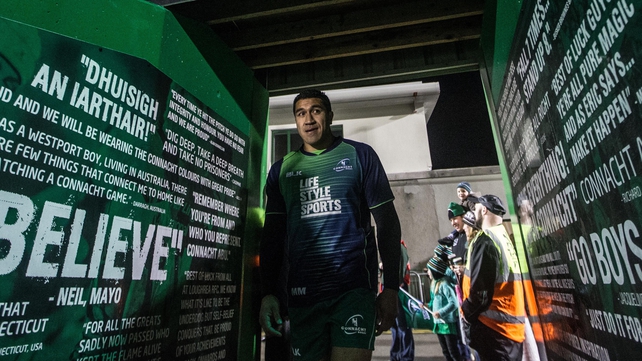 Connacht head coach Pat Lam has made three personnel changes to his side that will travel to face Cardiff Blues for their Guinness Pro12 clash on Friday night (7.35pm).

In what is another big game for the Westerners in the race for a top six place, Mils Muliaina returns to the fray and will start at full back.

Mick Kearney is promoted to the starting lineup and joins Aly Muldowney in the second row while George Naoupu at Number 8 represents the other change to the pack.

Tiernan O'Halloran, who claimed the opening try in last week's 53-5 thumping of Treviso shifts to the right wing.

Elsewhere Darragh Leader returns from injury to take his place on the bench and his fellow Galway-born team mate Andrew Browne is included amongst the replacement forwards.

The games are coming thick and fast for Connacht and Lam is happy to have the depth in his squad to cope with the race for European rugby.

"With another physical challenge away from home, it's great to be able to bring in fresh legs up front with Mick (Kearney), George (Naoupu) and Andrew (Browne) in addition to the leadership and experience from Mils (Muliaina) out the back," he said.

"Like every game from now until the end of the season, four points against Cardiff is massively important in the context of our ultimate goal.

"Challenges we face this week such as a short five-day turnaround, long travel, and 4G pitch were all identified early on and we tailored our preparation accordingly.

"We know how dangerous Cardiff can be, especially at home. They had a fantastic win against Edinburgh last weekend, playing more of an expansive game and stretching the defence to score some quality tries. Once again, we will need to perform as a team to secure the desired outcome that will leave us in a strong position before the break."