Sean O’Brien is confident Ireland can cope without injured No.8 Jamie Heaslip against England in Sunday’s RBS 6 Nations clash at the Aviva Stadium.

O’Brien, only just back in the green jersey following a prolonged injury lay-off himself, came through a bruising encounter with France unscathed, unlike his Leinster team-mate Heaslip who cracked three vertebrae courtesy of Pascal Papé’s knee.

Pape subsequently had a ten-week ban meted out by a Six Nations Disciplinary Committee for the offence.

The team will take Heaslip’s absence in their stride, according to fellow forward O’Brien, despite Heaslip being a virtual ever-present in the championship since his Six Nations debut in 2008.

“We have lots of leaders even without Jamie. It’s up to us to drive things on,” said O’Brien.

“Everyone who’s involved at weekend will be familiar with the role and what’s expected of them when they put on that green jersey.

“Even before in the past when players are missing, lads slot in and out very easily. It’ll be the same hopefully this weekend.”

Twenty-eight-old O’Brien, or Peter O’Mahony, could move from flanker to the No.8 role, although it is much more likely Jordi Murphy will come straight in as Heaslip’s replacement, as the Leinster backrow did for the opener in Rome after Heaslip was ruled out.

Although preparing “just like any other game” for the clash with Stuart Lancaster’s unbeaten charges, the Tullow man admits coming up against England’s pack is the “ultimate” challenge.

“England are probably one of the best in the competition and the threat is everywhere.

“They’re very strong at set-piece, scrum, line-out and they’ve big ball carriers so it’s going to be the ultimate test for us but one we’re preparing well for.

“Being England, there will be extra edge on the day but as players you are preparing as you would for any other game. But the build up on the day will be that extra bit – with the atmosphere and whatever else – to make it special.”

Ireland will most likely have to step up another gear from the impressive 18-11 win over France nearly a fortnight ago. Though happy with team’s performance O’Brien concedes there is room for improvement come 3pm Sunday at the Aviva.

“Our set piece needs to be a bit better and our discipline can be a bit better as well,” said O’Brien. “We let France into the game with a few silly penalties at crucial stages of the game.

“Those things are in our control and something we can keep our eye on.” 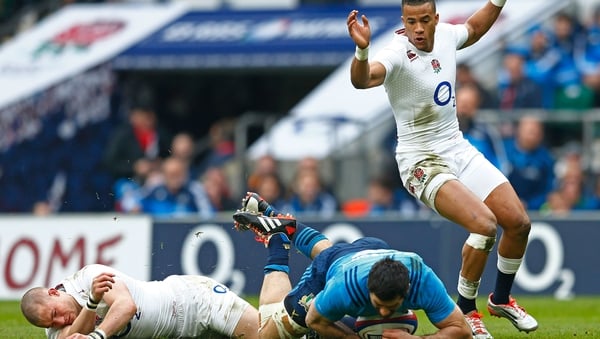 Mike Brown is ruled out for England against Ireland