"I have no doubt that we're capable of doing it," he told RTÉ Sport's Donal Lenihan.

"No doubt whatsoever. You've got to believe in these things that you're capable of doing it.

"Obviously, there's a bit of water under the bridge to go until we get there, with regards to keeping key players fit and healthy, but there's confidence in the fact that we do believe we've got a broader squad that are capable of beating anyone on the day."

Nucifora added that that the union and provinces need to show players the benefits of staying in Ireland to combat the growing financial lure of French and English clubs.

Referencing the return of Ireland out-half Johnny Sexton, who will rejoin Leinster next season after two years in France with Racing Metro, Nucifora said that the advantages of playing at home can outweigh the monetary benefits of a move abroad.

"If you listen to an agent solely, you'll believe that only money is important all the time," he said.

"It is a major part of negotiations but there are a lot of other things that come into the players' minds that help them make a decision.

"If you can sit down and discuss things face-to-face with the player and get a feel for what's important to him, what makes him tick...

"When there's a lot of money floating around, like there is in France, and increasing money in the UK, all of our top-line players are going to end up being attracted at some time.

"That's why it's all of the other peripheral issues around what we do here with the players that is part of the decision-making process.

"We try and look after their longevity and the fact that we can manage a player through the season and try as best we can with the provinces to get them to peak for both their province and their country, I think the players appreciate that.

"They also look at the fact that we will add years to their career. How you look after the player does counteract some of the issues we face with money."

For more watch Against the Head on RTÉ2 every Monday at 7pm. 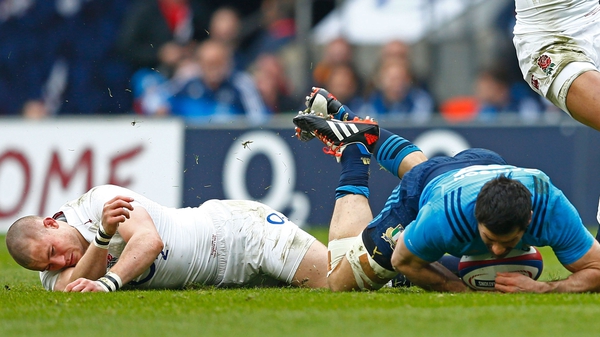