All Blacks captain Richie McCaw has given the clearest indication yet that this rugby season will be his last after media reports in France suggested he may be headed there after the World Cup later this year.

"Honestly, I haven't made any final decisions, but probably the likelihood is I am not going to be playing next year," the 34-year-old told reporters in Christchurch on Thursday.

"I am not looking overseas and nothing has changed there. But I don't want to be getting carried away now, talking about those sorts of things when I am focusing on playing.

"I want to really enjoy this year but, as I say, that's the likelihood and I don't want to make any big announcements because I don't think that would be right going into a season."

Several of his All Blacks team mates have already said they will head offshore after the World Cup in England with centres Conrad Smith and Ma'a Nonu heading to Pau and Toulon respectively while fly-half Daniel Carter is heading to Racing Metro.

New Zealand Rugby have asked all of their players in contention for Steve Hansen's World Cup squad to determine their future long before they head to England to defend their title.

The organisation had some success earlier on Thursday with blockbusting centre Malakai Fekitoa signing with NZR and the Otago Highlanders until after the British and Irish Lions tour of New Zealand in 2017. 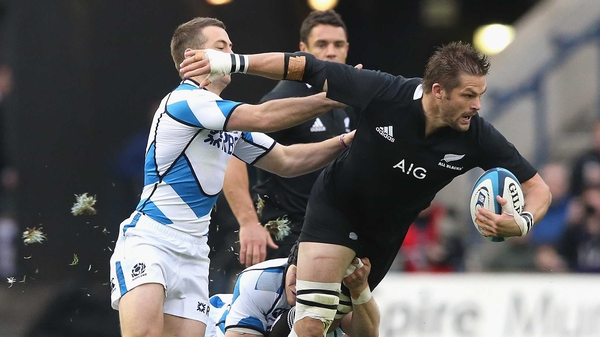