Munster's Robin Copeland is to undergo a shoulder stabilisation procedure and will miss the rest of the season.

The news compounded a terrible day of injury updates for Munster, coming after it was announced that hooker Damien Varley has been forced to retire due to a foot injury.

Back-row Copeland sustained his injury in Munster's Pro12 win over Leinster on St Stephen's Day and since then has been unable to line out for the province.

There was better news, though, for Andrew Smith (knee) and CJ Stander (ankle), both of whom are set to make a return to full training at different stages this week and will continue to have their progress reviewed.

Johne Murphy will make a return to contact training this week as he recovers from a hand injury, and Cian Bohane (knee) is due to return to on-pitch running.

Donnacha Ryan, recovering after toe surgery, has made a return to modified scrummaging (three-man scrums).

Dave Kilcoyne and Luke O'Dea reported no ill effects from their respective knee and hand injuries following their return to action on Saturday night against Cardiff Blues. 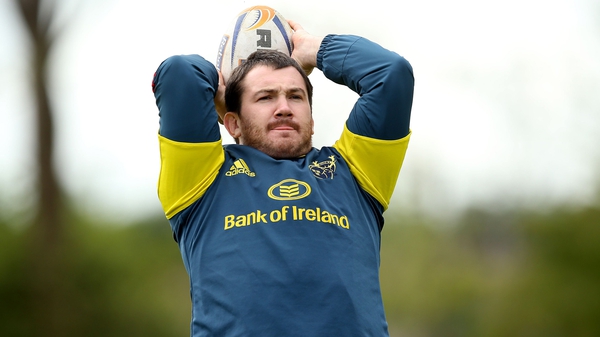