Munster lock Donncha O’Callaghan says that the blame for their early exit from the Champions Cup lies fairly and squarely with the players.

The two-time European champions failed to get out of a pool containing Clermont and Saracens; it was just the second time in 17 seasons that they missed out on the knock-out stages.

Asked why the team had not clicked this year, O’Callaghan told RTÉ: “It is hard to say. People go on about transition of players and new coaching set-ups [but] from a player’s point of view it always lands with the players.

“You just really need to be putting in the performance. And that’s the thing for us, we haven’t been doing that at the moment. You feel bad doing that when you’ve such great support."

The 94-cap international also said that he hasn’t given up on adding to his Ireland appearances, saying if he got the call-up he’d be there in a flash. 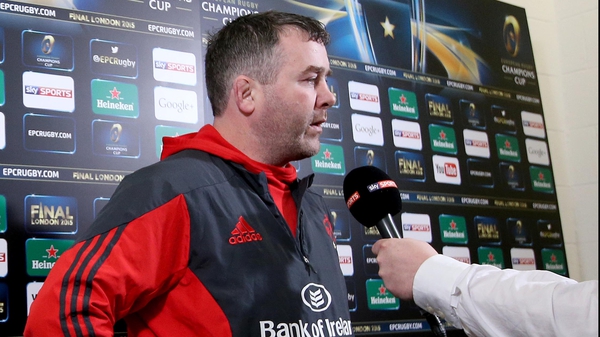