Sean O'Brien will make his first appearance in an Irish jersey in 14 months when he starts for Ireland Wolfhounds against England Saxons on Friday.

The Leinster flanker hasn't featured on the international scene since suffering a shoulder injury in the last-minute defeat to New Zealand in November 2013, and subsequently required two separate surgeries.

Full-back Felix Jones will captain a strong side against Saxons at Irish Independent Park in Cork (kick-off 1945, live on RTÉ 2).

The only uncapped player in the starting XV is Jack Conan, who lines out at number eight and he is joined in the back row by O'Brien and Dominic Ryan.

Iain Henderson continues his return from injury, locking down in the second row alongside Mike McCarthy while the front row consists of Mike Ross, Richardt Strauss and Jack McGrath.

Kieran Marmion will combine with Ian Madigan at half-back, with Gordon D'Arcy and Keith Earls forming the centre partnership. Jones is joined in the back three by Fergus McFadden and Luke Fitzgerald.

"Seany's in great nick now and looking sharp out on the pitch," said McFadden.

"He's a massive player for Irish and Leinster rugby so it's great to see him back fit after that trouble he had with the shoulder.

"Sean's got an X-factor. Between his carries, his work-rate and his chat as well off the field, he is a real leader.

"I'm sure he'll be blowing with his first 80 minutes in a long time, but he's a massive asset to Irish rugby." 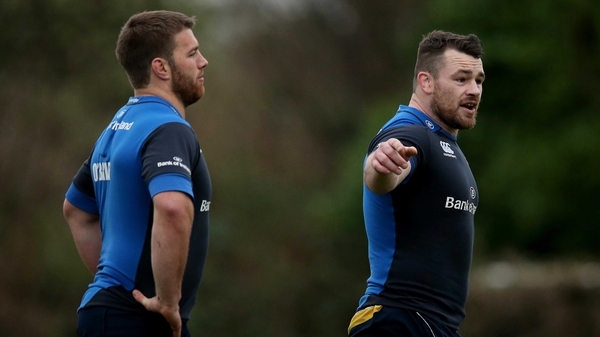