Leinster captain Jamie Heaslip has said that Saturday’s do-or-die Champions Cup showdown is the definition of why he plays the sport, ahead of the team’s visit to face Wasps in Coventry.

If Matt O’Connor’s team beat Wasps at the Ricoh Arena (kick-off 1pm) they will top Pool 2 and secure a home quarter-final in the competition, and Heaslip is relishing the battle.

“These are the games you play for. It’s European rugby, it’s winner takes all," he told RTÉ Sport.

“It might as well be a quarter-final to us. You want to go away from home, backs against the wall against a quality side in Europe and if you get to win you’re in the quarter-finals.”

Wasps’ back row of Ashley Johnson, James Haskell and Nathan Hughes has been lauded as one of the best on the continent and Heaslip rates their challenge as a huge one.

"We get a win here and it's a home quarter. We lose - we’re out. It’s pretty black or white" - Jamie Heaslip

“They’re a quality back row. I’ve played against them all now. It’s a really good mix, you’ve got some explosive ball carriers that get through a lot of work,” he said.

“James [Haskell] is a good playmaker as well. They seem to work well off James. Both the 6 and 8, they carry quite well off him.

“They can all offload in the tackle and they all run very good lines.

“They’re all big men, but they’re all able to go down on the ball very quickly, and lock down on that ball in the latch and poach position, take it in there and take that space and they’re quite hard to move.

“So there are a lot of threats and risks that they pose. I think a lot of Wasps’ game is built a little bit around them because they add so much to the game.

“We've got to pay them respect and hopefully not let them create that space for the speed out wide.”

Haskell in particular has been in sublime form for Wasps and Heaslip feels some years away from the sport in the UK helped him to develop both as a player and as a person.

“James burst onto the scene as a very young guy. He went well and then I think he got banged up a couple of times and got some nasty enough injuries and used rugby as a bridge to explore other countries and cultures and came back a more well rounded individual,” said Heaslip.

“I haven’t talked to him about it or anything, but he definitely seems to have learned from it and come back. He’s always been a very good pro. Talking to Eoin Reddan or Mike McCarthy about their time in Wasps, he was also a good pro and I’m sure he picked up a lot from his time in Japan and with the Highlanders.

“He seems like one of the leaders of the group and looks like a guy people can go to for leadership and guidance in the club.”

The Ricoh Arena was originally built for Coventry’s soccer team and playing on that surface is likely to bring about a fast game, a factor that Heaslip favours.

“As a back row we’ve got our work cut out anyway going up against their back row in the type of team that they are.

“But the pitch probably suits both teams to be honest, if it’s dry that is, and to be honest, there’s two try-lines, two sets of posts, it’s all we need to know. Get the ball between the posts or over the line. It’s as simple as that.

"We don’t have to worry about any sort of permutation of getting bonus points or points difference, or worry about anyone else. We’ve been in that situation before and it’s very clear.” 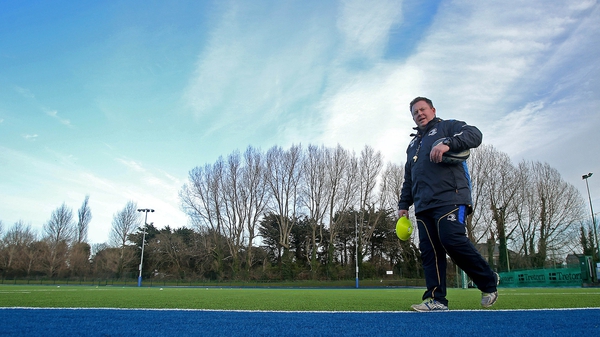