Zane Kirchner has been ruled out of Leinster’s Champions Cup clash with Castres on Saturday.

The South African utility back suffered what was initially thought to be bone bruising to his shin in the game against Ulster.

However, having reported further discomfort on Monday morning, a further scan revealed a small fracture which will rule him out of action for four weeks.

Elsewhere, captain Jamie Heaslip trained today as normal with the squad and it is hoped he will recover in time from a knock he picked up at the weekend.

Tom Denton, who withdrew from the Cardiff Blues game on Saturday with a stiff neck, has trained this week and is available for selection.

Likewise, Shane Jennings has trained with the squad and should be available having recovered from the tightness he felt in his hamstring before the Ulster game.

It has also been confirmed that a final decision on whether or not to appeal Jack McGrath's three-week suspension will be made at a meeting this evening. 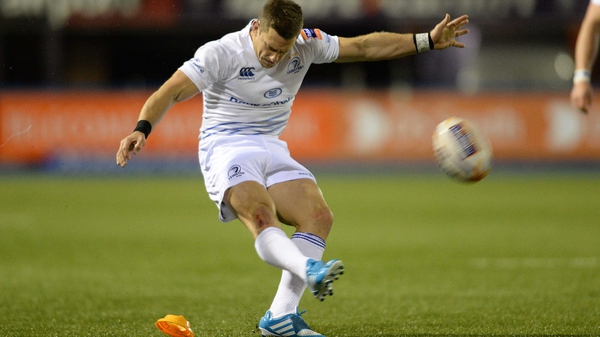 Jimmy Gopperth to move from Leinster to Wasps