Neil Doak's Ulster produced a very patchy performance to just about put Treviso away 24-20 in their Pro12 clash at Stadio Comunale di Monigo.

The Northerners took a commanding 24-0 lead after 26 minutes in Italy, through tries from Paddy Jackson, Ruan Pienaar and Tommy Bowe, while Jackson slotted from the boot superbly.

But from that point onwards they struggled for rhythm as Treviso gradually chipped away at them. The Italian side's doggedness paid off with tries from Sam Christie and Francesco Minto reducing the deficit.

Fullback Jayden Hayward was having a stormer from the tee, and in addition to his two earlier conversions, he slotted two penalties to leave the score poised at 24-20 with eight minutes remaining.

Treviso almost snatched a match-winning try in the final minute when Michele Campagnaro intercepted and raced for the tryline, only to knock on as he tried to secure the ball.

The victory leaves Ulster lying in fifth, just outside the play-off spots, while Treviso remain in 11th. 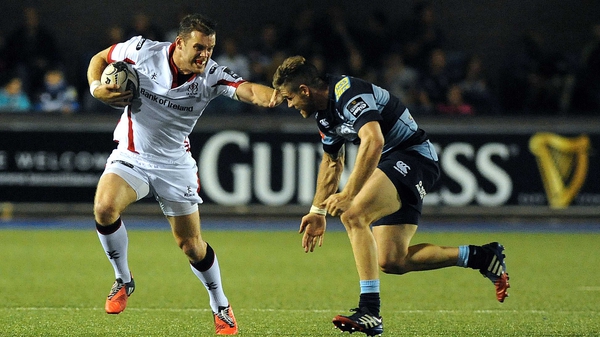 Ulster go to Italy in search of badly needed win