Keith Earls could be in line to make his first appearance of the season after being named in the Munster squad for Saturday’s trip to Zebre (3pm Irish time).

Earls has completed his recovery from the knee injury he sustained in a pre-season Ireland training camp and could be in line to inject his pace and line-running into the Munster back line.

Also returning to the Munster squad is prop James Cronin, who is coming back from a shoulder injury sustained in the Champions Cup defeat to Clermont in December.

Elsewhere, head coach Anthony has rung the changes from the side that lost to Connacht on New Year’s Day, with seven alterations over all.

Argentinian prop Eusebio Guinazu is set to make his first start for the province at loose-head prop, alongside hooker Kevin O'Byrne and tight-head Stephen Archer, both of whom come back into the starting line-up.

Dave Foley comes back into the second row, alongside Billy Holland, and in the back row CJ Standers stays at number 8, with Dave O'Callaghan starting at blindside and captain Peter O’Mahony moving to openside for the first time this season.

Conor Murray and the Ian Keatley, who this week committed his future to Munster, are at half-back, and following the announcement of his move to Northampton Saints at the end of the season, JJ Hanrahan lines up in midfield, along with Pat Howard.

Felix Jones comes back in at fullback, with Simon Zebo moving back to the wing, and Ronan O’Mahony completing the back three. 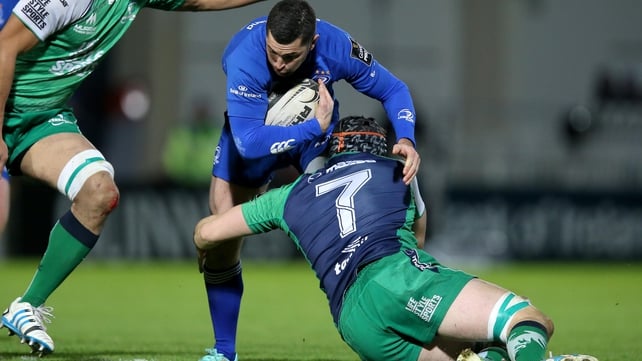 O'Connor welcomes back Ireland internationals Rob Kearney, Sean Cronin and Marty Moore to the starting line-up for the 2.40pm kick-off.

Vice-captain Rob Kearney returns at full-back and skippers the side, with brother Dave on the left wing and Fergus McFadden selected on the right. Dave Kearney and McFadden are the only backs retained from last week's starting XV.

It's an all new centre partnership with Noel Reid at 12 and Ben Te'o outside him, for his third appearance of the season since joining from the South Sydney Rabbitohs.

Reid is back for the first time since his man-of-the-match performance against Connacht in December.

He had been selected on the bench for the Munster game but illness ruled him out of that and win over Ulster.

In the half backs Luke McGrath starts at scrum half with Jimmy Gopperth selected at 10.

In the pack, it's a completely new front five with a front row full of Irish internationals as Michael Bent, Sean Cronin and Marty Moore all start.

It is Moore's first start since the away trip to Zebre in October. A shoulder injury early in that game has kept him sidelined until now. The second row features Tom Denton and Kane Douglas.

In the back row, Dominic Ryan has passed his return to play protocols having been replaced early in the game against Munster on St Stephen's Day and starts at blindside while Jordi Murphy is at openside. Jack Conan retains his place at number eight. 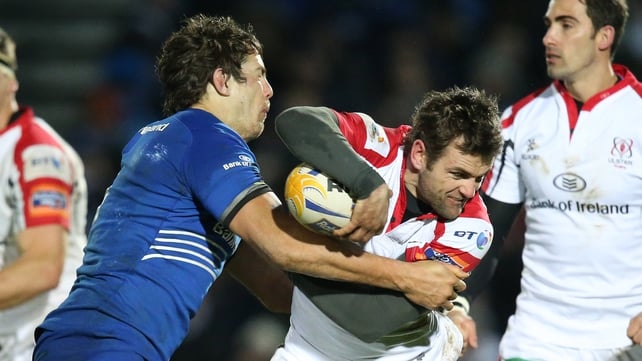 There are two changes to the Ulster starting XV that lost to Leinster last weekend for Sunday afternoon's Pro12 match against Benetton Treviso at Stadio Monigo (kick-off 14:00 Irish time).

Louis Ludik, who was rested for the interprovincial game, returns to the side at fullback with Peter Nelson moving to the replacements bench.

Franco van der Merwe misses his first game of the season as he has a chest infection, so Alan O'Connor starts the match in the second row.

Ireland international, Jared Payne, has recovered from injury and is also named among the replacements.

Tommy Bowe, who sustained a dead leg against Leinster, is fit to face the Italian side and is joined by Ludik and Craig Gilroy in the back three.

Darren Cave and Stuart Olding continue in midfield, while Paddy Jackson and Ruan Pienaar maintain their partnership in the half backs.

Wiehahn Herbst and Callum Black start either side of captain, Rory Best, while Dan Tuohy, who signed a new three-year contract with Ulster this week, is named alongside O'Connor in the second row.

The back-row is unchanged from last week's match with Roger Wilson at Number 8, Robbie Diack at blindside and Clive Ross selected at openside.