Clermont Auvergne produced a powerhouse performance at Thomond Park to beat Munster 16-9 and take over at the top of the European Rugby Champions Cup's Pool One.

Clermont laid down an early marker by scoring a first-minute try at the sold-out Limerick venue. 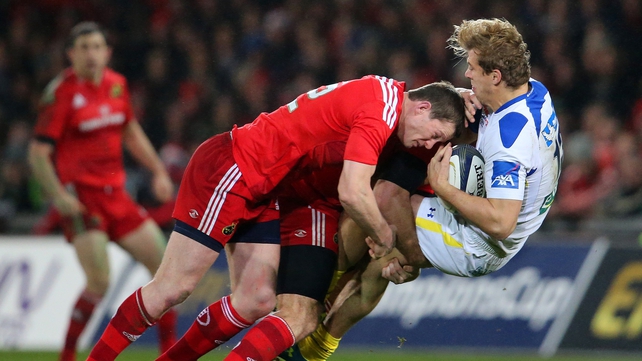 Lopez's conversion attempt came back off the woodwork and he also miscued a long range penalty attempt.

A muscular maul and driven penalty from Keatley got Munster off the mark but, had Napolioni Nalaga not fumbled Julien Bonnaire's kick towards the left corner, Clermont would have been celebrating a second try.

Still, the visitors were finding it far too easy to get outside the Munster defence and, following an Aurelien Rougerie charge into the ’22, Lee's pass deflected into the hands of the overlapping Fofana who accelerated away to score an unconverted effort in the right corner.

Keatley lessened the damage by punishing Clement Ric for collapsing a scrum, his 25th-minute penalty going over off the right-hand post.

However, BJ Botha was the guilty party five minutes later as Lopez finally got on the scoresheet.

Clermont continued to look the hungrier, more inventive side, Lopez taking a quick lineout and Nalaga weaving through the Munster midfield before the former fired over a peach of a drop goal. 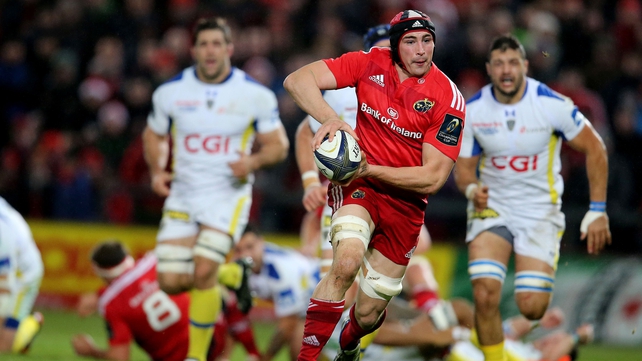 Loose Munster kicking played into Clermont's hands during a cagey opening to the second period, and a lineout error - their second in a promising position in the ’22 - coughed up hard-won possession.

A better spell of continuity, with replacement prop James Cronin getting over the gain-line, led to Keatley reducing the arrears to seven points.

Clermont were content for time to tick away amid a spate of reset scrums and turgid forward phases, the only chink of light for Munster being an eye-catching counter from an otherwise well-marshalled Simon Zebo.

Lack of control in attacking situations added to Munster's growing frustration and, although they ended the game battering away at the Clermont defence, Damien Chouly's lineout steal sealed Munster's fate.