Lansdowne kept pace with Ulster Bank League Division 1A leaders Terenure College thanks to a bonus point 28-21 victory over Young Munster on the Aviva Stadium's back pitch today.

Scott Deasy added both conversions and it was not until the stroke of half-time that Munsters responded, Staunton providing the assist for replacement Derry O'Connor to go over.

A 42nd minute try from centre Tom Farrell and McSwiney's second of the afternoon, from a maul this time, gave the hosts their bonus point. But the Cookies came back hard at them in the final quarter, claiming a penalty try and a Rob Guerin effort while Lansdowne had two players in the sin-bin.

The Limerick side had plenty of possession late on as they pushed for further reward, but Ruddock's charges eventually held out for their sixth win of the campaign.

Meanwhile, the spate of draws in the top flight continued as UCD and Cork Constitution finished level-pegging, 25-25, at Belfield.

First half tries from Risteard Byrne and Sam Coghlan Murray - his fourth touchdown in three games - had the students leading 15-3, but Constitution managed to take three points back home thanks to second half tries from Luke Cahill, Rob Jermyn and Graeme Lawler (2). 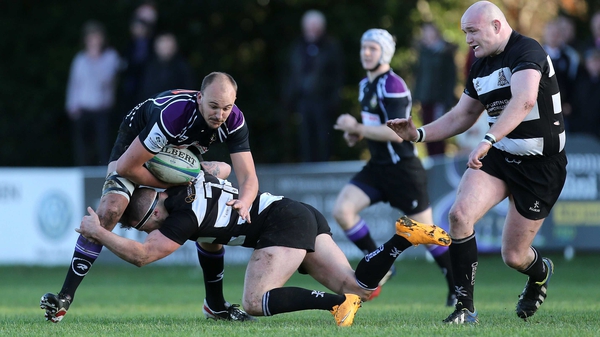