With the release of two Ireland players back to the Munster fold, the team that headed to Wales for this Friday night clash has plenty to offer.

Ian Keatley’s cameo at inside centre for Ireland against Georgia last week was a nice taster for the out-half, and he will be keen to go out and make a point this weekend.

Likewise, Robin Copeland comes back from Carton House to start at No 8. Like Keatley, he had a brief cameo last week and will be very keen to get a start and win under his belt.

Anthony Foley calls on plenty of talent in the rest of the starting XV, with JJ Hanrahan, Andrew Conway, Denis Hurley, Donncha O’Callaghan and Sean Dougall all starting.

Often the Pro12 fixtures that take place during international week are criticised for being phoney wars. But in truth they are a fantastic opportunity for new leaders to emerge in teams and fringe players to get their shot. Ronan O’Mahony, John Ryan and Eusebio Guinazo will all  feel this way and it can only help their performances.

In fact, in the past, these international window Pro12 ties, tend to be fiercely open and competitive affairs.

You’d have to think Dragons have their work cut out for them tonight. Three defeats on the trot in the Pro12, and they’ve not beaten Munster since April 2013. This one is unlikely to be different as Munster will record a sixth win of the season.

Verdict: Munster to win by 15. 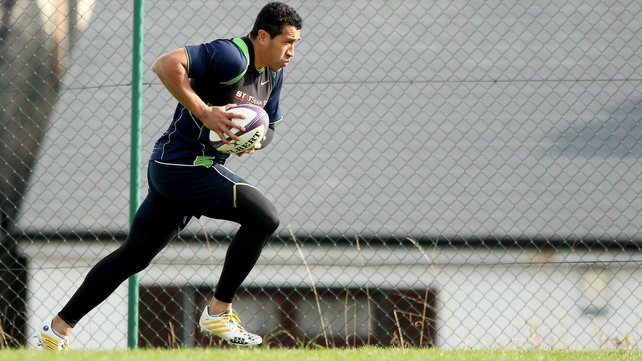 This summer Connacht signed a legend in All Black Mils Muliaina, and this evening the Westerners’ fans finally get to see the 34-year-old make his debut. Pat Lam’s side looks very strong for this encounter, with Bundee Aki at 13, and Jason Harris-Wright, Mick Kearney, Quinn Roux and John Muldoon and George Naoupu forming the spine of the pack.

Zebre will come to Galway as underdogs, however, their side is decent, and they're likely to give Connacht more trouble than people expect. Dries van Schalkwyk at No 8 and Mauro Bergamasco at blinside flanker will be crucial to any hopes of an Italian victory, while Brendon Leonard will be crucial in setting the tempo from scrum-half. In truth though Zebre are short of real fire power.

If Connacht continue to dominate packs up front like they have done consistently at home this season then Zebre simply won’t have the necessary platform to compete.

From there, their more complete experiences back line is likely to do enough damage to put the game out of sight before the last quarter, especially given that Zebre are minus 13 players due to international duty.

It all points to Connacht going nine from nine against the Italian side.

Verdict: Connacht to win by 12. 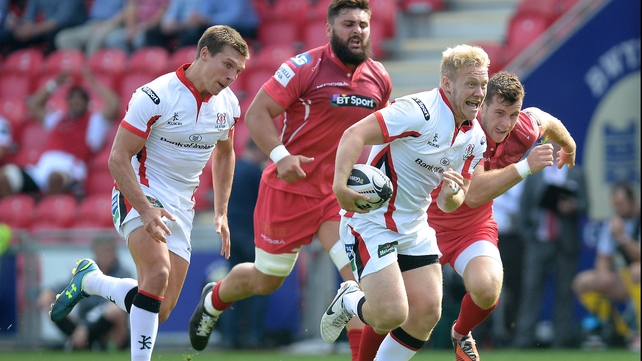 First versus third in the Pro12 table and the best clash in the league this weekend. Both sides play some of the most visually appealing rugby in the league, and even shorn of some of their international stars, this one will be a quality affair.

Ulster are boosted by the return from Ireland duty of Darren Cave, Craig Gilroy and Stuart Olding to the fold. The latter looked in superb form when coming off the bench to score a try for Ireland last weekend and many critics and public alike were disappointed he isn’t in the squad to face Australia this weekend. Like the Munster men released back to their province, he will be out to prove a point. Expect him to make an impact.

Up front, Ulster are greatly weakened by international duty and injury, but also like Munster, this is a chance for fringe players to shine. Roger Wilson’s experience is crucial at No 8, while Lewis Stephenson and Franco van der Merwe are a fine pairing at lock.

Ospreys have lost ten to international duty, but still have danger all over. Dan Evans, Andrew Bishop and Ashley Beck will sprearhead the attack, and Sam Davies at No 10 is an under-rated talent.

Up front, Duncan Jones’s blonde mane is a sight that's not as fearsome as it once was, but he can still do a job at loosehead.

However, crucially, the rest of the pack doesn’t appear to have the same strength of depth as Ulster’s. It’s in this area, Ulster should get their noses in front, just enough to see them home. In doing so, they'll prevent Ospreys having their best ever start to a Pro12 season of eight from eight.

Verdict: Ulster to win by four.