Ireland’s performance against Georgia was far from perfection, but when a team scores six tries, and puts up a 42-point winning margin, beating a - 39 handicap - it’s hard to be too critical. The old adage, you can only beat what you’re up against, is about as hackneyed a cliché as it gets - but it’s also true.

Georgia, as expected, were excellent in the scrum and line-out, and were very destructive at the breakdown. But when the ball was spread they were limited – and that’s being kind to Milton Haig's team.

The major disappointment was the amount of time it took Ireland to get to a place where the game was out of reach and with the scoreline reading 9-0 at the break, it was a poor return given that the Irish were so dominant; errors were many and the home side looked a little out of sorts in that opening period.

But criticism of these mistakes has to be tempered by the fact that this was essentially a scratch team being moulded for Ireland’s 2015 Rugby World Cup Pool D clashes with either of the tier two sides Canada and Romania next autumn.

Schmidt needs players who can slot into his set-up seamlessly for those encounters and in case of injuries to his starting XV for the other Pool D clashes against big guns France and Italy.

Sunday was key for such a scenario as Dave Foley in the second row, and Dominic Ryan in the back row, were brought in as debutants. Both are areas that Ireland need strong replacement choices, and potentially an extra starting option, given a lengthy injury list in both areas. Foley and Ryan were superb and they have now added their names to the melting pot.

The hard maths of the game tell a lot. Ireland had 64% possession, 70% territory. They won 80% of their own scrums and 95% of their line-outs, while their tackle success rate was 92% compared to the Lelos 84%.

In essence, despite a sketchy enough opening 40, what amounted to Ireland’s C team - given the resting of the first XV, and the lengthy injury list - devoured the opposition in a very adequate second-half display. As an exercise in squad development this game was a massive success.

Madigan sensational at No 10

Foley’s talismanic and tempo-setting performance in the engine room was rewarded with the man of the match award, but the other player that really caught the eye was out-half Ian Madigan. The Leinster utility back was sublime against Georgia, combining a kicking and running game perfectly and spreading the ball with massive confidence throughout. 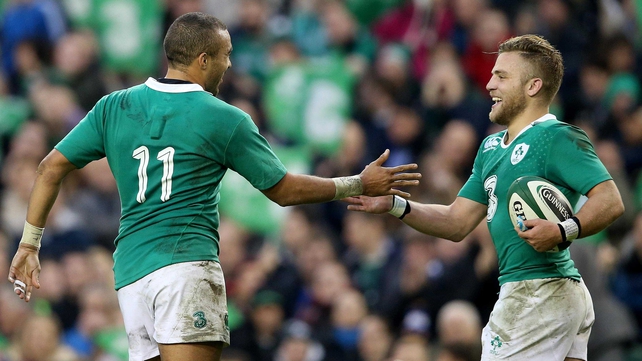 When you have Johnny Sexton, nominated for 2014 IRB World Player of the Year, ahead of you in the No 10 pecking order, the chances of becoming first choice stand-off are limited.

However, after Sunday’s performance Madigan is firmly second choice for the role, leaving Ian Keatley and Paddy Jackson with a lot to do to impress with their provinces in the creative manner Madigan has in the hope of a shot at displacing him.

Another not so discussed option, is to use Sexton and Madigan together for the last quarter of ties. For example a last 20 minutes in a RWC pool decider, or knock-out tie. This would give Ireland two decision makers in the three-quarter line, and a playmaking ability few sides in the world could boast, with Jared Payne, Gordon D’Arcy or Robbie Henshaw at 13, it would be a hugely exciting combination in midfield.

We are unlikely to see it in a starting line-up, but it could be a fantastic game-changing option should Schmidt and Co need it.

What team will Schmidt go with against Australia?

With Payne ruled out of the Australia clash with an ongoing foot injury, D’Arcy should slot in at 13 in his place. There will be calls in such a case for Henshaw to assume the 13 shirt, however, after such a commanding performance at 12 against the Boks, moving him out wide seems unwise.

Besides, why not have Henshaw at 12 for Ireland and 13 for Connacht on a regular basis, giving him more depth of knowledge and the option to switch between the two positions.

This is especially true given that D’Arcy and Brian O’Driscoll used to switch between the midfield positions earlier in their partnership.

Even at 34-years-old, D'Arcy's fitness cannot be questioned, and the man whose career almost ended in 2008 when he broke his right wrist in eight places, looks as though he could yet play a key role for Schmidt in the coming 12 months. 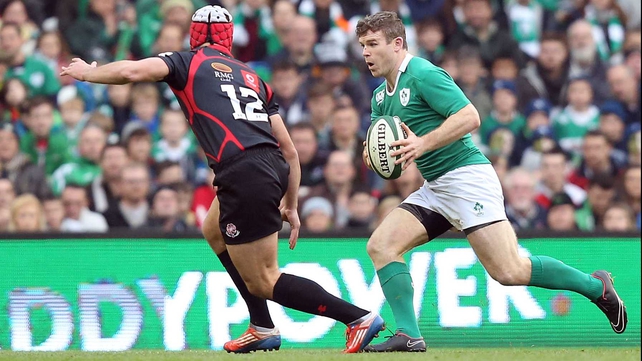 Simon Zebo was not at his most impressive on the wing against Georgia, displaying some poor decision making and going it alone when using support would have been the better option. But in the absence of Andrew Trimble and Dave Kearney through injury he looks still the best option to play wing along with Tommy Bowe next weekend. Craig Gilroy’s industrious performance would not have displayed enough, one would think, to merit a spot into the starting XV.

Felix Jones was one of the better performers and will have done his chances of featuring more regularly no harm; however, the performance of Stuart Olding off the bench was phenomenal. And there is now a genuine battle between those two for the replacement back-three role. 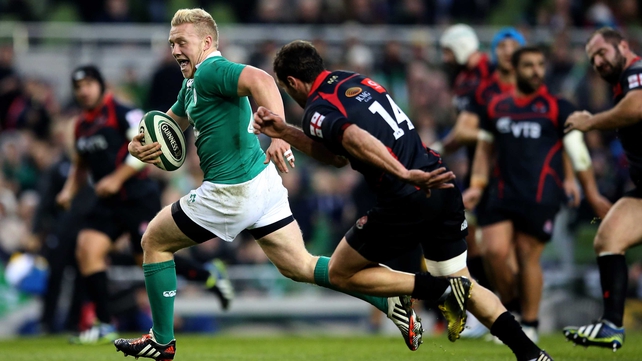 In the pack, Richardt Strauss could come in as first choice hooker. He did enough, but Schmidt may be keen to reward Sean Cronin for a solid enough display against the Boks. That said, Strauss has put him under pressure now.

Dave Kilcoyne won’t dislodge Jack McGrath at loose-head for the Australia match, but Ireland have certainly found another superb option at No 1. 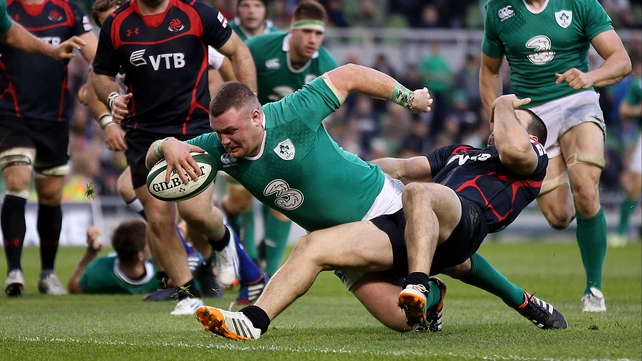 His line-break abilities in the first half, and direct running for his try just after half-time were reminiscent of the injured Cian Healy. He deserves at least a quarter appearance against the Wallabies on the basis of this performance and could do some damage late on in an open, flowing game against the mercurial side that Michael Cheika is currently moulding.

Tight-head Rodney Ah You had a very good impact off the bench, especially in the loose. He’ll likely retain his place in the 23, but will not dislodge the experience of Mike Ross. The return of Marty Moore from injury could put both Ross and Ah You under pressure, however, which is just what Ireland need in the No 3 shirt: more competition.

Man of the match Foley has surely done enough to make the 23 against Australia, with Mike McCarthy, who is suffering from mild concussion, dropping to fourth choice lock. 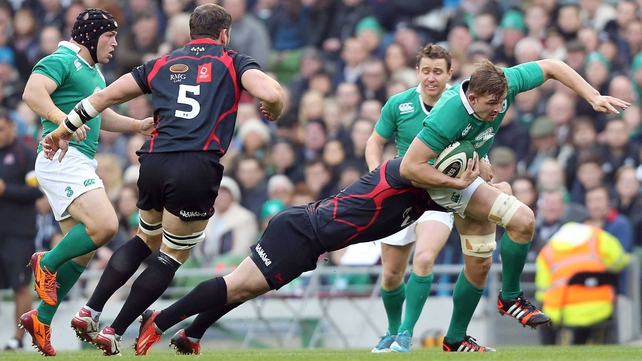 Foley has now earmarked himself as a genuine contender to Devin Toner to start come the Six Nations.

To do that he will need to replicate his performance against Australia in limited time, most likely a 20 or 30-minute cameo, as well as continue to display the same consistency for Munster.

If he can repeat his metronomic performance in the lineout, and cavalier display in the loose, Ireland may have found a special player just ten months out from the World Cup.