The world and his wife has backed the South Africans to come to Dublin 4 and defeat a heavily depleted Ireland team.

And why not? The southern hemisphere giants come into the tie in sizzling form, with a 27-25 victory over the All Blacks that ended the world champions' 22-match unbeaten run.

Given that Ireland are shorn of so much talent through injury, a win against a team that appears to be developing into Rugby World Cup contenders would rank as one of Ireland’s greatest victories of recent years.

However, to suggest South Africa are an unstoppable force is perhaps wrong.

Yes, their momentous win over the All Blacks, and their previous 28-10 victory over Australia have them in good stead. But in the two previous Rugby Championship rounds they were defeated back-to-back by both New Zealand and Australia on an aggregate margin of 38-33.

Both defeats came away from home, and this serves to demonstrate that Heyneke Meyer's charges can be fragile when off their home patch.

Prior to that they narrowly beat Argentina twice, on an aggregate score of nine points.

These four results should give Ireland hope and no doubt video footage of those four games will have been used this week in Carton House in a bid to understand how to rattle and dismantle the South Africans.

The nuts and bolts of beating any team, South Africa included, comes up front, where the scrum and line-out must function, in order to supply adequate possession out wide. Against the Boks this is even more evident. They pride themselves on their set-piece game and are rarely anything below superb in that department.

There is no weakness in their pack, with Tendai Mtawarira, Bismarck du Plessis and Jannie du Plessis a hugely formidable front row. In the engine room they have a quite superb combination of Eben Etzebeth and Victor Matfield.

Those two possess all the strength, agility and line-out nous to terrify any of the top teams in the world. In the back row, Duane Vermuelen is the complete all-round package for that position. He will be the main force the Boks use to gain ground in the loose, and Chris Henry and Jamie Heaslip will be charged with preventing him gaining crucial yardage that can damage Ireland in their red zone. 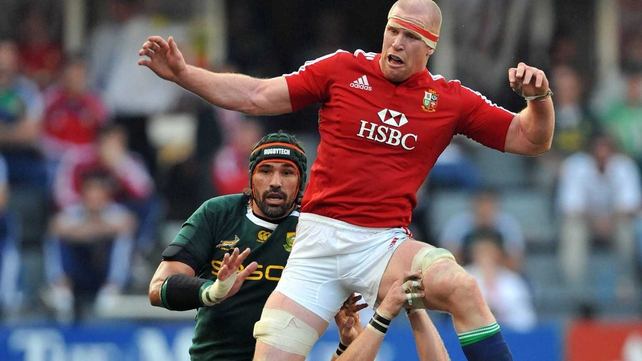 As for the second rows, Paul O’Connell and Matfield are regarded as two of the very best line-out practitioners in the world, and their ability to read and steal opposition ball makes them fierce opponents and very similar beasts.

Predicting who will get the upper hand in that department is hugely difficult. Both will have been studying each others' techniques this week in the hope of deciphering codes. Ireland could have an upper hand here.

South Africa’s current line-out set-up is likely to be the same as that deployed in the very recent 2014 Rugby Championship, but Ireland’s could – and is likely to be – subject to change since their Six Nations campaign, making it harder for South Africa to predict what their opponents are likely to try.

Springboks have expanded their game plan

In the backline, South Africa have begun to develop a more expansive game plan from their tried and trusted bish, bash, bosh, with Handre Pollard the key man in this regard. His ability to mix his game from boot to hand has been lauded from all circles and has given South Africa a far greater variation than the public is used to seeing from them.

But Ireland also have a man who can do similar at No 10, in the form of Johnny Sexton. His fitness has been a concern going into this one, as he has carried a tight thigh into the Ireland training camp. If he is fit, he is a match for Pollard and seeing the two of them go at it will be an opportunity to witness two of the most creative out-halves in the world pit their wits.

The key for Sexton is that he gets good ball from his pack. Against Australia in the Lions Test series in 2013, the steady and reliable ball his pack fed him allowed him to unleash the backline from a very high line, which he has deployed again this term, which allows him to bring the ball to the gain line early and create space and depth for his centres to exploit.

The Ireland pack must give him that same depth today – it’s crucial to the game’s outcome.

Ireland begin a new era in the centre

The new Ireland centre pairing is intriguing. The potential created by Robbie Henshaw’s size and Jared Payne’s quick feet and speed cannot be questioned. What can be questioned is whether they will be able to gel right from the off, or whether the pair will need two or three Tests to get a feel for playing off each other.

Again, it’s an unknown, and the first 20 minutes will reveal how ready they are to play international rugby together.

Henshaw’s size is perfect against a team like South Africa where physicality is the order of the day.

The space Sexton gives him will help him to get that extra power into contact and/or to offload out wide to Payne. Facing Jean de Villiers is a huge test for the Connacht man and another fascinating match-up. 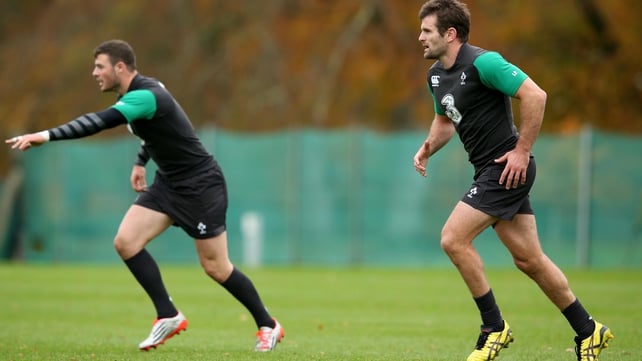 Another key element here is Ian Madigan. He offers another option at centre and out-half, and in a tight game his creativity off the bench could prove invaluable.

Could the bench prove the deciding factor?

However, it's on the bench that Ireland’s injury list is really felt. Schmidt's starting XV is almost first choice - bar injury absentees Cian Healy, Rory Best and Sean O’Brien - but the bench is badly hit.

Up front, Donnacha Ryan or Dan Tuohy’s impact off the bench will be sorely missed. Jordi Murphy’s ball-carrying ability likewise. Keith Earls’ versatility to cover the back three is also a big loss.

South Africa have no such weakness from 16-23, with Adrian Strauss, Bakkies Botha, Schalk Burger, Pat Lambie and JP Pieterson a phenomenal group of replacements.

If Ireland can put a good lead on the Boks then they may be able to withhold a late onslaught as Meyer empties the bench.

But if it’s close then South Africa may just have that little bit more firepower in the endgame.

Watch live coverage of Ireland vs South Africa on RTÉ2 from 1630 on Saturday. Kick-off 1730.