Ulster responded to two weekends of European disappointment with a much-needed victory on their return to Guinness PRO12 action when they saw off the injury-ravaged Newport Gwent Dragons.

Stuart Olding - released from the Ireland camp - scored two tries on either side of half-time with replacement Declan Fitzpatrick trundling over for Ulster's third right at the end of a 23-6 home win.

Two penalties from Paddy Jackson and a conversion from replacement Ian Humphreys also helped bring Ulster their four points, though they should probably have landed maximum points after missing a host of scoring chances on.

The result saw Ulster move back into third place after Munster had briefly occupied it in the wake of their victory over Cardiff Blues.

Despite making a positive looking start in the rain, which only abated towards the end of the first half, Ulster lost skipper Roger Wilson to injury four minutes in and matters hardly improved for nearly the whole opening 30 minutes.

The scores were locked at 0-0 with only Darren Cave's TMO-disallowed effort being the closest either side came to bothering the scoreboard.

Then, after Cave was illegally sealed off at a tackle, Paddy Jackson opened the scoring with a 25th-minute penalty which led to a flurry of scoring over the next few minutes.

He nailed his second shot at goal three minutes later after Ulster had broken out of their 22 with a kick and rush led by Cave and debutant flanker Sean Reidy ending in a goal-line melee which saw the Dragons penalised.

One minute later, Ulster bagged a try when from turnover ball, Olding was put through a gap by Cave and shrugged off three Dragons tacklers to score.

Jackson's conversion hit the upright and stayed out leaving Ulster with an 11-0 lead.

Dragons' out-half Angus O'Brien then kicked a 34th-minute penalty before the sides left the field for the interval.

Seven minutes after the restart, Ulster upped the tempo and the ball was moved right with McCloskey's basketball-style flick pass put Olding in space and he made the right corner for his second try which was eventually awarded by the TMO Simon McDowell.

Jackson was wide with the difficult-angled conversion which took the score to 16-3 though this was narrowed to 16-6 with O'Brien's second penalty which came just before the hour after Rob Herring was penalised for hands in a ruck.

Ulster responded by creating a number of scoring chances but none of them came to anything until the last play of the game, when replacement Fitzpatrick got over from a Callum Black assist and Ulster had their third try. Humphreys landed the conversion. 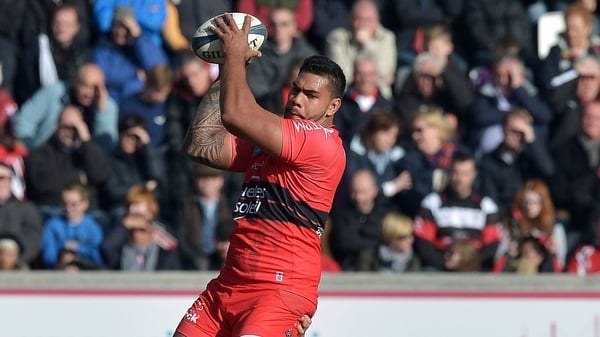