Leinster back-row Rhys Ruddock has highlighted the importance of approaching next Sunday’s Champions Cup clash away to Castres with the right attitude if they are to get a good result.

“It’s going to be a hugely difficult task, especially in terms of the physicality, and making sure we get our attitude right going over there,” Ruddock said.

“But I think if we do that, and really bring the work-rate and intensity that we brought at the weekend, and more, then we’ll be off to a good start.”

Ruddock sounded a bullish note when discussing Leinster’s targets for the game – a win is the aim for their trip to France.

“We’re not really thinking about getting losing bonus point away; we’re looking to win these two games [against Wasps and Castres],” Ruddock said.

“We had a big step up in terms of our work at the break-down, and our tackle accuracy"

Ruddock said that Leinster had not fronted up in early games, including the inter-provincial derby against Munster, but that they had shown a better attitude in their comeback victory over Wasps last weekend.

“We had a big step up in terms of our work at the break-down, and our tackle accuracy; those type of things. That’s the basics of the game, especially for the pack.”

He said that while the Pro12 champions did not know exactly what Castres would throw at them, he picked out dynamic ball-carriers like Richie Gray and Johnny Beattie as the key threat.

“I think they’ll pose a huge threat at the break-down, possibly even more so than Wasps at the weekend.”

Reflecting on the Wasps game, Ruddock said that Leinster had reacted well after a relatively lethargic start to the season.

“We needed a reaction,” Ruddock said. “We hadn’t, probably, performed to the best of our ability coming up to that game.

“Although there were some things we were disappointed with, we were really happy with the mindset we brought into the game; the way we started, and then to fight from what was a pretty grim score-line at half-time considering how we felt we were playing.” 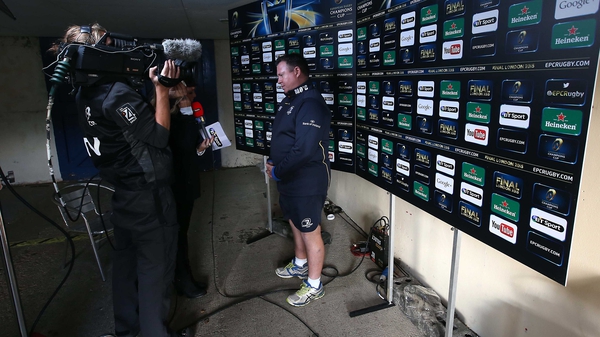