Conor Murray admits that Munster will have to tighten up on the disciplinary front if they are to open their Champions Cup campaign with a result away to Sale.

The two-time European champions saw four players yellow-carded during their 34-23 win over Pro12 holders Leinster at the start of the month, and the Ireland scrum-half knows they can’t go down the same road against the Sharks on Saturday (kick-off 1pm, live on 2fm).

“Going back to the Leinster game, four yellow cards isn’t good enough no matter what they were for or what our opinion is on them,” the 25-year-old told RTÉ Sport.

“We can’t get ourselves in that situation, especially away from home in a cup-final-type game. We’ve got to look at our discipline and then really be strict on that. That’s another point that we’ve got to look at and make sure we’re up to the standard that’s required.”

Munster made it to the semi-finals last season but began their campaign with a lacklustre defeat to Edinburgh.

"We’ve got to look at our discipline and then really be strict on that."

Sale are currently tenth in the Premiership with just two wins from six games but with the likes of Mark Cueto, Danny Cipriani, Chris Cusiter and former Leinster second row Nathan Hines in their ranks, Murray knows how big a challenge Anthony Foley’s side face.

“This group is going to be really tight, and home games are going to be crucial,” he said. 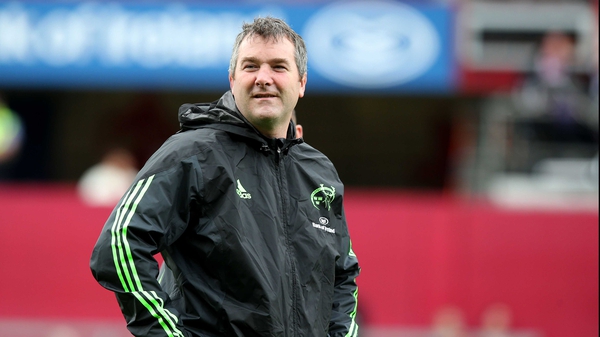