This is a tough assignment for Leinster, who come into this after failing their big test of the early season against Munster at the Aviva Stadium. Add that defeat to earlier losses to Glasgow and Connacht and there can be no doubt that Matt O’Connor’s men are struggling.

In that context, this is not exactly the type of fixture they need, as it is something of a no-win scenario; they will get little or no credit for victory and more brickbats if anything less is achieved.

Bringing home the bacon could prove tough. Zebre have produced good results this season, beating Ulster at home and only losing narrowly to Ospreys last week.

And Leinster have not sent their strongest side, taking risks with their back-row selection by naming Josh van der Flier and Jack Conan alongside Rhys Ruddock. Both Conan and Van Der Flier were high class under-20s, Conan in particular looking to have potential as a big man with intelligence and footballing ability, but this is a difficult assignment in which it could prove easy for young players to lose focus against an experienced Zebre pack.

Leinster do have the steadying influence of Jamie Heaslip ready to come in from off the bench if needed. Richardt Strauss’ return between Martin Moore and Mike Ross is also positive and Leinster will benefit from having the Strass/Sean Cronin double-act at their disposal again. Leinster also have plenty of quality behind the scrum.

Zebre’s old-stagers – the likes of Bortolami, Bergamasco, Garcia and Geldenhuys – will prove a tough test but Leinster may just have enough quality to escape with a win.

It’s Ulster’s turn to have a go at the League’s current outstanding side and they will fancy their chances of becoming the first team to beat Glasgow this season taking them on home soil at Ravenhill.

It’s not exactly a clash of styles but there is a contrast in that Glasgow have established their position at the top of the table by scoring heavily while Ulster have generally defended well without troubling the scorer as often.

Ulster would prefer to have scored more but they are adapting to changes in some key positions.

John Afoa was the power underneath the bonnet for many a routine Pro12 win over the last few seasons and Ruan Pienaar’s class is also greatly missed as he continues to recover from a knee injury suffered on international duty.

One of Glasgow’s great assets is that their style rather than particular individuals is the basis for their success. It is a plus for all involved that as well as being frustrating to play against, the high-paced, high-risk offloading game is enjoyable to watch.

Ulster also have a few lesser lights on show – albeit with the likes of Rory Best, Jared Payne, Andrew Trimble and Chris Henry in harness.

But easy on the eye as it is, Ravenhill will be a stiff test Glasgow’s high-octane style and despite doubts about Ulster’s half-backs the home side may just have enough in their arsenal to bring Glasgow’s winning run to an end.

Munster have named a strong side showing eight changes from last week. The front-row is fresh and strong with BJ Botha and Dave Kilcoyne in from the start after appearing off the bench against Leinster.

Peter O’Mahony returns to the starting line-up in a robust back-row that also features Tommy O’Donnell and CJ Stander is another boost.

Whatever about early season communication mishaps, Anthony Foley deserves credit for being able to win his key early season match and then name a side of quality with eight changes the following week.

Munster showed last week that they have reconnected with some old attributes, grinding Leinster’s faces in the Aviva Stadium turf in what must have been an extremely satisfying success for Foley and his team.

That particular brand of rugby is best saved up for select matches though, and a different mentality will likely be on display tonight.

In the past, Munster might have relied on Ronan O’Gara to take some of the load off his pack in a match like this and JJ Hanrahan gets the chance to show he can do a similar job of setting targets with the boot and bringing a strong Munster set-piece into play as often as possible with a mix of high kicks and touch finders.

The Scarlets bring a decent looking side with Liam Williams, Scott Williams, Rhys Priestland, Aaron Shingler and John Barclay the leading lights but their away form is particularly poor and does not bode well.

Munster used to have a habit of putting on a bit of a show after a big win and should eventually do the same tonight if they can establish early separation on the scoreboard. 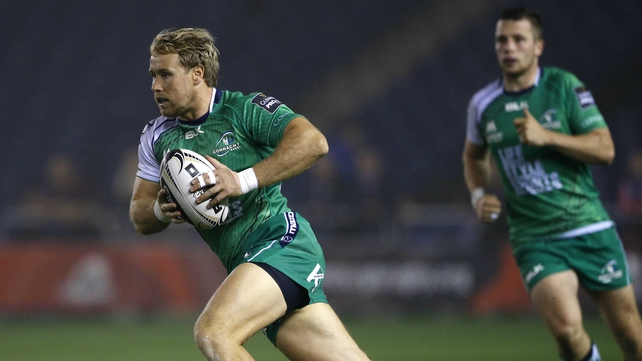 Connacht have been the story of the Pro12 in the opening part of the season with only table-toppers Glasgow Warriors able to lower their colours so far.

In contrast, Treviso have yet to register a point of any type on the league table and are last at the moment. They haven’t won a match since April.

That said, this will be no cake walk and Connacht will need to be on their game as they are a team the Italians will fancy their chances against.

If Treviso stay true to form, and given the lack of quality in their backline they have little choice, this will be a challenge for the Connacht pack, especially debutant hooker Shane Delahunt.

But Connacht are on a roll and if they can get the pace up and bring their quality backs into the equation they have the ammunition to notch a fourth Pro12 win before mid-October.