Head coach Anthony Foley has said his Munster side have their eyes firmly fixed on Leinster ahead of Saturday’s Pro12 inter-provincial clash at the Aviva Stadium as they hope to make amends for last weekend's home defeat to Ospreys.

Speaking to RTÉ Sport, Foley said Munster would be trying to bounce back after the disappointing 19-14 defeat to Ospreys.

“When you come off a home loss, we want to rectify that and try and get a win,” Foley said.

“We’re conscious that third to seventh is pretty tight in this league at the moment. So any win you can get at the moment, any points you can accumulate over this period of time, is very valuable.”

He agreed that playing Munster’s inter-provincial rivals added extra incentive for the game.

“It’s an inter-pro game, it doesn’t matter whether it’s Connacht, Ulster or Leinster: everybody’s up for it,” he said.

Reflecting on Munster’s disappointing start to the season – they have two wins and two losses so far, and have shown less than sparkling form - Foley said his side had to be “cleverer” in their play.

“We’ve left two games behind us,” he said. “We got ourselves into a position against Ospreys that we could have won the game at the death. Ospreys, I thought, came and played a very smart game, and they were very well controlled, with [Rhys] Webb and [Dan] Biggar.

Foley spoke about Keith Earls’ knee injury, saying that he had been struggling with the injury for almost a season.

“He’s a fella that’s of value to any squad he’s involved in, so, for us, it’s the reality for professional sport and the people around it. You do get injuries and sometimes it’s your bigger players that you’re missing.

“We just need to get on with it and give an opportunity to somebody else and see if they can take it on.” 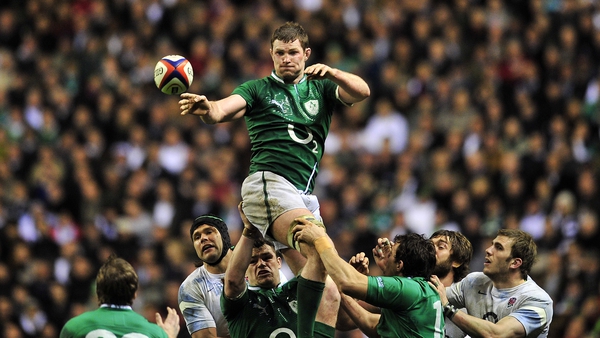 Donnacha Ryan facing up to six months on sidelines