Gordon D’Arcy has compared Kane Douglas’ Leinster debut to the arrival of Rocky Elsom, saying of the new second row that “he’s only going to go from strength to strength”.

Speaking to RTÉ Sport, D'Arcy said he had been impressed by the manner of the Australian's bow in the province's 37-23 win over the Cardiff Blues last Friday.

“[He] arrived, rabbit-in-the-headlights stuff, you know, straight in," D'Arcy said. "We have lots of calls, he would have come from another set of calls, but he just got straight into it.

“[He] carried well at the weekend; I thought he did really, really well. It’s always a good sign when you see someone thrown in at the deep end like that, and they [do] really well."

D'Arcy compared Douglas' first outing for the triple European champions to that of another Australian import who arrived with a lot of fanfare and who went on to a huge impact during Leinster's Heineken Cup-winning 2008-09 season.

“[It] almost [reminded] me of Rocky when he arrived, and how well he did in his first game, and the expectation that was surrounding him," he said.

"It’s always a good sign when you see someone thrown in at the deep end like that, and they [do] really well" - Gordon D'Arcy on Kane Douglas

Asked about a possible centre partnership of him and Ian Madigan, the 34-year-old predicted a lot of chopping and changing as Leinster seek to replace the retired Brian O’Driscoll.

“It’s very hard to fill a void left by Brian because not only has his been a big Leinster player, he is one the best centres that ever played the game.

“Nobody is going to fill that void, so you don’t try to do it. You just try to fill him through the collective, and everyone improves their performance by five or ten per cent, and that hopefully covers the gap.”

Reflecting on Leinster’s win over the Cardiff Blues, D’Arcy suggested that his side had quite a bit to work on despite having secured a bonus-point victory. 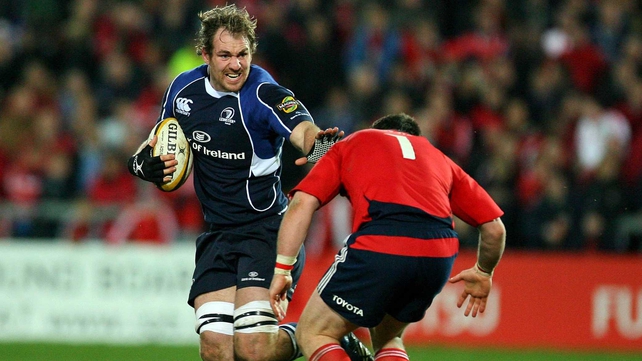 “Overall, happy with the points, and [we have] a few work-ons that need to be stepped up for this week.”

He said Leinster’s start to the season – a comprehensive 42-12 victory over the Scarlets was sandwiched by losses to Glasgow and Connacht, before Friday’s relatively difficult win over the Blues - was typical of their slow starts over the last few seasons.

“We do seem slow starters no matter who the coach is,” he said.

“There’s a lot of chopping and changing; and lot of players coming in, coming out; a lot of injuries as well; so we haven’t had that continuity.

“I think now, last week and this week, there’s a good continuity of the team that went out, and there’ll hopefully be another bit of continuity this week. That will give a good platform for improvement.

“We know we’re not at the standard we want to be at, and we’re the only ones that can improve it.” 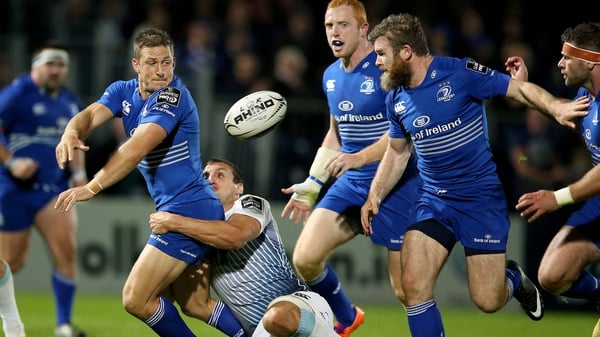