There are ten changes to the Ulster team that beat Cardiff  26-9 last weekend for Saturday afternoon’s match against Zebre at Stadio XXV Aprile (kick off 1500 Irish time).

Craig Gilroy is one of seven Ireland internationals in the side and returns to the starting XV at full-back. He is joined in the back three by Tommy Bowe who switches to the right wing and Michael Allen who starts on the left.

Darren Cave maintains his place at outside centre and is joined in midfield by last year’s Hughes Insurance Academy Player of the season, Stuart McCloskey, who makes his first start of the season.

Paddy Jackson, who scored 14 points in the win over Cardiff, starts at out-half and is partnered by Michael Heaney in the half-backs.

Up front, there is a whole new front row with Callum Black named at loosehead, Rob Herring selected at hooker and Declan Fitzpatrick, who has recovered from injury, starting at tighthead prop.

In the second row, Franco van der Merwe is joined by Neil McComb who starts his first match of the season.

In the back row, ex-Lansdowne player, Clive Ross, starts his first competitive match for the province and is selected at openside, Roger Wilson captains the side from blindside and Nick Williams starts at Number 8. 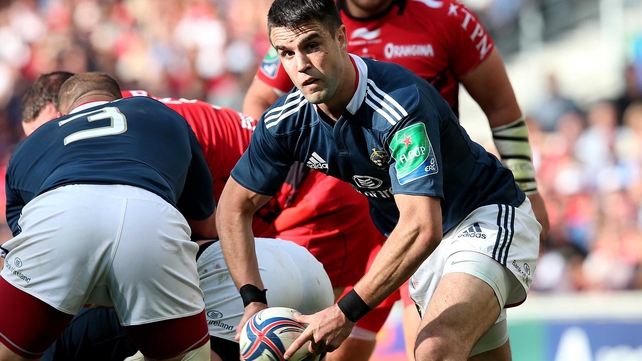 International loosehead Dave Kilcoyne makes his first start of the season with hooker Duncan Casey and tighthead BJ Botha remaining in situ in the front row.

Donncha O'Callaghan comes into the second row for Billy Holland, who has played every minute of this season's Pro12 to date, and Munster's most-capped player will be partnered by Paul O'Connell who makes his second consecutive league start.

Paddy Butler retains responsibility at six, with Sean Dougall and CJ Stander returning to the starting line up at seven and eight respectively.

In the half-backs Murray will captain the side from scrum-half, while Ian Keatley is back to take command of the No 10 channel.

After impressing in the centre last time out against Zebre, Denis Hurley will again start at inside centre alongside Ivan Dineen who completes the midfield partnership.

Gerhard van den Heever has recovered from a knee injury to make his first appearance of the season on the left wing. The South African comes in for Simon Zebo, another who has played every minute of Munster's league campaign so far.

Andrew Conway returns to the right wing with Johne Murphy starting at at fullback for the first time in this season's PRO12. 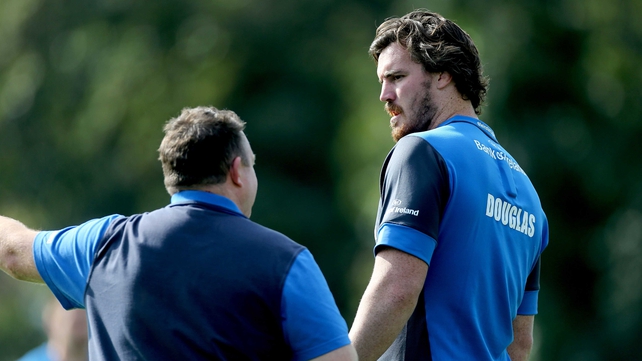 Kane Douglas has been named to start his first match for Leinster against Cardiff Blues tonight in the Guinness Pro12, kick-off 7.30pm.

The Australian lock arrived in Ireland last Friday and took part in training this week with his new team-mates.

Speaking earlier in the week, Matt O'Connor said Kane was "fresh" and "really eager to get involved", and the new signing will get his chance in front of the supporters in the RDS.

Devin Toner will make his third start of the season alongside Kane in the second row.

The team to face Cardiff also sees Gordon D'Arcy named in the starting XV. D'Arcy will play at outside centre in his first start of the season, partnering Ian Madigan in midfield.

Jamie Heaslip will captain Leinster and will be flanked in the back row by Rhys Ruddock and Dominic Ryan, the latter making his fourth successive start of the season.

Marty Moore will start his first game of the season against Cardiff, with Michael Bent and Sean Cronin completing the front eight.

The back three that started in the defeat against Connacht last week have been retained. Darragh Fanning and Fergus McFadden will take their places on the wings, and Rob Kearney will start at full-back.

The half-backs also remain the same, with Eoin Reddan and Jimmy Gopperth both set to start. 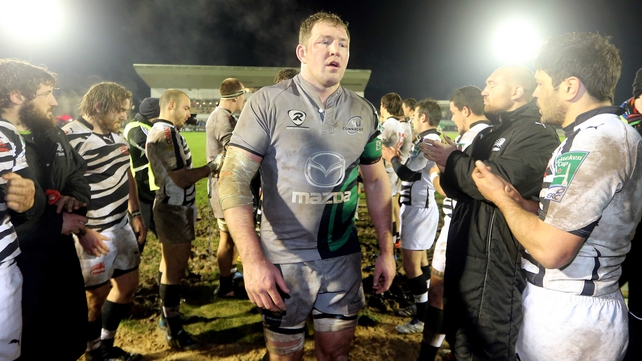 Connacht head coach Pat Lam has made five changes to his starting XV from the team that defeated Leinster in the last round of the Guinness Pro12, for tonight's clash at Glasgow Warriors (kick off 7.35pm).

In his first appearance of the season, Connacht and the league’s most-capped player Michael Swift has replaced Quinn Roux in the second for the encounter at Scotstoun Stadium.

Tighthead Prop Rodney Ah You and Number 8 George Naoupu will also earn their first starts of the season in an altered pack after both coming on from the bench in all three previous games.

Danie Poolman has recovered from the illness that forced him to withdraw last week, to take his place on the right wing while Matt Healy moves to the left.