Paul O’Connell admits that his playing days are numbered but even with a World Cup on the horizon he is adamant his focus is on the here and now.

The Ireland captain, who turns 35 next month, will lead the side in November Tests against South Africa, Georgia and Australia and is keen to leave the “big-picture” plans to head coach Joe Schmidt, who has a year to fine-tune his team for a tilt at the 2015 Rugby World Cup.

The Munster second row told RTÉ Sport: “Obviously, the World Cup will be in the back of your mind but I think it’s up to Joe and the Irish management to make the big-picture plans and the long-term plans for that.

“As players we’re solely focused on the Guinness Series.

“For me it’s all about trying to be in as best shape as I can for those games and trying to find form in the next few weeks for Munster, to be able to perform to the best of my ability in those.

"After that, hopefully winning things and achieving things will look after itself.

“It’s a massive year but I probably don’t have many more of them left so I’m not wishing it away.” 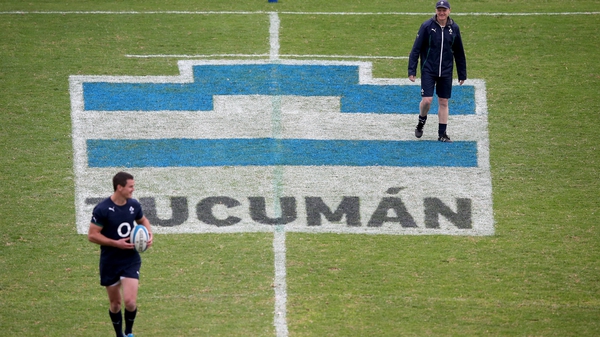 Schmidt: Access to playmakers key ahead of RWC Rugby