Dan Carter is in doubt to play any part in the Rugby Championship as the All Blacks fly-half battles to recover from a broken leg.

The 32-year-old, who has not played for the All Blacks since last November, had a sabbatical from all rugby for the first six months of this year, then broke his leg against the New South Wales Waratahs in the Super Rugby final.

The All Blacks had hoped to have him back for their final two matches in the southern hemisphere's Rugby Championship, away to Argentina on 27 September and South Africa on 4 October, but assistant coach Ian Foster suggested he may not be ready.

"Dan is tracking really well. I doubt we will see him in the Rugby Championship, but he is on track and we will see in the next week or two," Foster told reporters in Wellington.

"He will certainly be coming back to play rugby at some point, it's just a matter of how we integrate him through, whether it's through (provincial rugby) or through us, we have some decisions to make.

"He is ... at the controlled running stage and we have just introduced some contact. He has been tackled a bit. So he's ticking the boxes.

"We're still probably a week away from having to make that decision yet."

"Dan is tracking really well. I doubt we will see him in the Rugby Championship"

Carter, the world leading test points scorer, is considered a 'red flag athlete' by the All Blacks, whose playing workload and return from injury needs to be carefully monitored.

He has been hampered by several injuries that have restricted his appearances in the last three seasons and part of the reason to grant him a sabbatical was so he could have surgery and work on his conditioning ahead of next year's World Cup in England.

He had slowly worked his way back to match fitness with targeted appearances in a low-level club match and off the bench in Super Rugby before he started at inside centre for the Canterbury Crusaders in their final four matches.

Carter broke his leg in the Super Rugby final loss to the Waratahs and his recovery time remains up in the air.

Foster later appeared to row back in his comments, suggesting he might yet be available for the Argentina game in La Plata and possibly play provincial rugby in the lead up to it.

"We would love him to have a game before he comes and plays for us so we will just see what evolves there.

"We have another week before we make that assessment and we will make our minds up at that point". 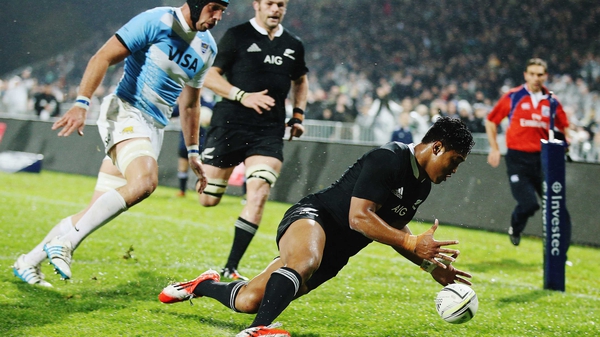