The 14th season of the Pro12 gets under way this weekend and while the outlook for the competition is still uncertain, it has proved itself nothing if not resilient since its debut in 2001.

Guinness are now on board as the title sponsor, while a new Rugby Champions Cup (former Heineken) qualification process will hopefully result in a greater number of properly contested games.

It is only the welcome emergence of Glasgow Warriors as a serious force that has saved the league from total domination by the ‘big three’ Irish provinces.

The new deal in Welsh rugby could change at least some of that with their internationals set to be more consistently available for club selection.

One consequence of the wheeling and dealing that resulted in the Champions Cup is that the Pro12 table will now dictate which teams gain entry to the Rugby Champions Cup.

That should focus minds from an early stage in the season. The possibility that the league – typically more open and fast-paced than the English or French leagues – could become that bit more attritional cannot be discounted.

The chance of a one-nation sweep – four teams from the same country gaining entry to the Champions Cup – will also be an interesting subplot.

New Munster head coach Anthony Foley’s first pre-season was a troubled one with indifferent form on the pitch and a serious information leak off it proving major distractions. One or two poor displays in pre-season matches can be ignored easily enough but the impact of the leaking of an internal document revealing management thinking on every player in the squad is not so easily discounted.

The pack has strength in all the right areas with the likes of BJ Botha, Paul O’Connell, Donnacha Ryan and Tommy O’Donnell the core of a genuinely impressive unit. James Coughlan is a loss but his departure is offset by the arrival of the rangy Robin Copeland from Cardiff.

But behind the scrum, a re-engineering job is needed. Andrew Smith, who plays at outside centre tonight, is the key signing.

Munster have needed a cerebral player to make their attack function and will hope the former Brumbie can bring that combination of calmness, accuracy and quality decision making that used to be the stock in trade.

The signing of former 24-year-old New Zealand Under-20 Tyler Blyendaal out-half from the Crusaders (who will arrive after finishing ITM Cup commitments in New Zealand) is another move of interest.

Edinburgh provide the opposition tonight. With a good XV named and having done the double over them last year, Munster will expect to get their season off to a winning start. With the long term in mind, the performance from Smith in the centre is worth keeping a close eye on.

Both these sides have new coaches with Ulster and Mark Anscombe having parted ways over the summer and Llanelli losing Simon Easterby to the Ireland set-up. Wayne Pivac, a former team-mate of Anscombe’s, takes over the Welsh region while Les Kiss has taken over Ulster on what is, initially at least, an interim basis.

UIster have also had a turbulent off-season. The retention of Ruan Pienaar after interest from France is a boost, though he will be absent for the start of the season due to Rugby Championship duty with South Africa.

But the end of John Afoa's time with the province will have a major impact on Ulster’s league campaign. Arguably the most influential player in the Pro12 over the last couple of seasons, the former All Black brought destructive scrummaging, power and skills in the open field and an ability to produce superb performances in the biggest games. A huge loss.

The 25-year-old Wiehahn Herbst, signed from the Sharks, has the pedigree to be an excellent tighthead but Ulster cannot expect him to replicate the impact of Afoa.

"A lot of the guys know him from the Irish set-up. It’s funny seeing him in the Ulster top as opposed the Ireland top and cap" - Craig Gilroy

Almost as hard a blow is the decision of Ulster legend and director of rugby David Humphreys to leave, like Afoa, for Gloucester.

Johann Muller (retired) is also out of the reckoning while the end of the Stephen Ferris rehabilitation project is another disappointment.

On the field, half-back remains a major area of concern. The return of Ian Humphreys for a second stint with the province could be a solution of sorts though the dilemma presented by the fact that Pienaar is both the best scrum-half and the best out-half at the club looks set to remain.

For the Scarlets, the high-class Regan King is the man to watch having returned to Wales after a four-year stint in France with Clermont. Llanelli had a disappointing season last year but on home soil and against an Ulster side without some key players can get their season off to a winning start.

While there has been turmoil in other provinces, Connacht have had a good off-season and are in position to build on the solid base put in place by head coach Pat Lam last year.

Robbie Henshaw was retained, the services of Mils Muliaina secured and other potential young stars like Jake Heenan and Kieran Marmion are in position to kick on. There will also be interest in the progress of the young out-half Jack Carty after he lined out to good effect in some big games towards the end of last season.

In Newport, Connacht face a rival who have a scattering of Welsh international players in their pack – the biggest name being Toby Faletau, though he doesn’t play this game. Andrew Coombs, an excellent lineout forward, is in the team and they also have Lee Byrne, returned from France, and a handy out-half in Jason Tovey.

Connacht have a few of their better players in reserve, with Marmion on the bench and Henshaw and Muliaina not in the squad.

A tight battle looks on the cards and on home soil, Connacht may just shade it.

The headline clash on opening weekend pits Pro12 champions Leinster against beaten finalists Glasgow. Leinster were buoyed by the announcement during the week that Jonathan Sexton will return next season but the major negative for Leinster is the loss of Brian O’Driscoll.

Over the season, Leinster will struggle mightily to replace his remarkable productivity on the field, let alone the many intangibles he brought both on and off the pitch.

In terms of what to do next in the position, there are number of options and combinations available among the existing squad and a new signing: Ben Te'o from NRL outfit the Rabbitohs.

A powerful player with speed and size, Te'o is due to arrive when the NRL season ends in early October, and looks the type Leinster may need if they are to compete against the bigger Top 14 sides.

Up front, Leinster’s deficiencies in the tight-five are a long-standing issue with a mixture of Devin Toner, Mike McCarthy, Leo Cullen (retired) and a number of project players never quite convincing, though Toner's progress has been impressive.

The signing of Kane Douglas, an Australian in the Nathan Hines mould, looks a good one and may give Leinster the powerful and aggressive figurehead they have lacked.

Glasgow will expect to shade this clash having committed more frontliners to the fray.

But Leinster have high-impact players in their starting pack in the shape of Cian Healy and Sean O’Brien and a good front row.

If they get big performances from one or two other areas in the team, perhaps the likes of Shane Jennings and Dominic Ryan in the back-row, they might just spring a surprise of sorts. 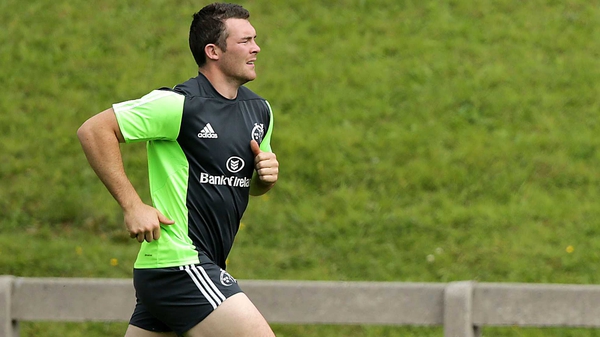