The All Blacks forwards responded to criticism of their performance in their opening Rugby Championship clash to set the foundation for a 51-20 victory over Australia at Eden Park on Saturday that also ensured the retention of the Bledisloe Cup.

All Blacks' captain Richie McCaw, who was sinbinned early in the game for a professional foul, scored two tries while Kieran Read, Julian Savea and Steven Luatua also crossed with their pack awarded a penalty try to complete a record score against the Wallabies.

Both sides now have a week off before their next Rugby Championship clashes, with the All Blacks playing Argentina in Napier, while the Wallabies head to Perth to host South Africa on 6 September.

"We put the acid on those guys to front up this week," McCaw told reporters of his tight five's efforts.

"We looked at what happened last week and for a lot of the game we were getting beaten in the contact areas. They knew that and they set the platform for some go forward ball.

"Rugby is a hell of a lot easier when you win the contact." 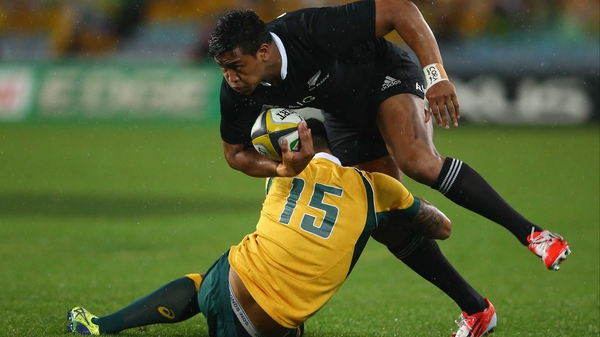