Ireland made a winning start to their 2014 Women's Rugby World Cup campaign by beating the United States 23-17 at Marcoussis.

Full-back Niamh Briggs scored a try and booted 13 points in a Group B victory that also saw prop Ailis Egan get over the line.

The Eagles - world champions back in 1991 - found tries from Lynelle Kruger and Carmen Farmer, with Kimber Rozier converting both and steering a penalty home shortly before half-time.

Next up for Ireland is Tuesday's meeting with New Zealand, who opened their campaign with a 79-5 hammering of Kazakhstan.

Only the pool winners will be guaranteed a semi-final place.

Afterwards, Niamh Briggs was pleased with the way the Irish took control of the game in the second half.

Speaking to RTÉ Sport, she said: "We had a bit of a slow start at the start of the each half but we definitely took control in the second half, particularly in the last 15 minutes.

"We wound down the clock quite cleverly and pinned them back in the corners. I thought we used our maul quite well in the second half.

"We ground out the win in the end."

Needless to say, Briggs underlined the importance of winning this opening clash.

"In order to top your Pool (and guarantee a semi-final spot), you need to win every game. To get the best runner-up spot, you're looking at points difference. It's small margins.

"Obviously, the New Zealand game [on Tuesday next] is a huge task and we're definitely looking forward to it." 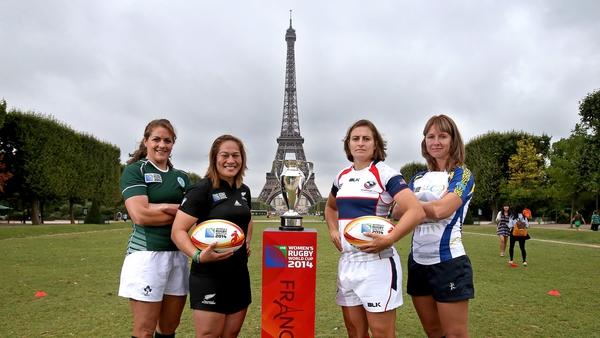