Sam Warburton has spoken of a "devastated" feeling after the full extent of an injury suffered by his Wales and Cardiff Blues colleague Owen Williams became known.

The rugby world has united behind centre Williams, who suffered "significant injury" to his neck during a tournament in Singapore. Williams was hurt while playing for the Blues in the inaugural World Club 10s last weekend.

His parents and brother are at the 22-year-old's bedside in a Singapore hospital, where he underwent an operation three days ago.

"The training ground was not a very nice place to be on Monday when we found out. It was horrible because Owen is someone who I have been training with every day for the last four years.

"Physically, he was a specimen and an amazing athlete. We have our fingers crossed, and all the boys have sent personal messages already to his family out in Singapore.

"Hopefully, he knows all of our thoughts are with him."

Reflecting on the incident, which took place during the third and fourth place play-off game between the Blues and Asia Pacific Dragons at Singapore National Stadium, Warburton added: "It's scary because it is not like it was a malicious tip-tackle or anything like that.

"It was a freak accident, and as a player it does make you wonder about prioritising the important things in life.

"It does worry you when it comes to playing rugby, but I am sure everyone is going through similar emotions."

In a statement, the Blues said: "Cardiff Blues have confirmed that Owen Williams has suffered a significant injury to his cervical vertebrae and spinal cord.

"He underwent an operation on Monday to stabilise a fracture and is currently recovering in hospital in Singapore.

"The family of Owen Williams are now at his bedside, along with senior Blues management and medical staff.

"Arrangements are currently being made to co-ordinate his safe transfer home at an appropriate time.

"Cardiff Blues and the Williams family would like to thank the many hundreds of well-wishers who have offered messages of support.

"Cardiff Blues will be making no further comment, but will continue to share further updates when they are available.

"We would also ask that the privacy of Owen Williams and his family is respected at this time." 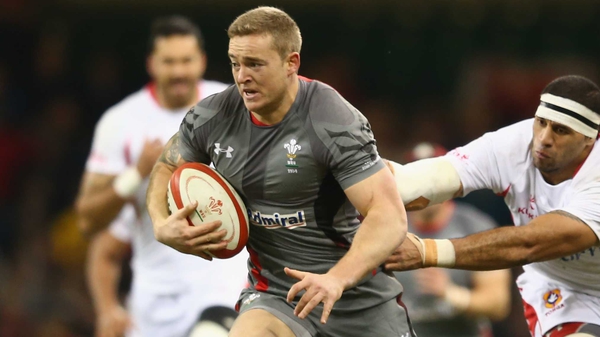