Paddy Butler bagged two tries as the Emerging Ireland side secured a simple 51-3 win over Uruguay in the IRB Nations Cup.

Butler was one of three Irish try-scorers in the first half, Craig Gilroy and Michael Kearney getting the other tries at the Stadionul National Arcul de Triumf in Bucharest.

JJ Hanrahan converted two first-half tries and added a penalty to leave the half-time score at 22-3.

After the break, Butler secured the bonus point, before a penalty try, an effort from Billy Holland and finally a late touch-down from Paul Marshall pushed Ireland to 48 points. 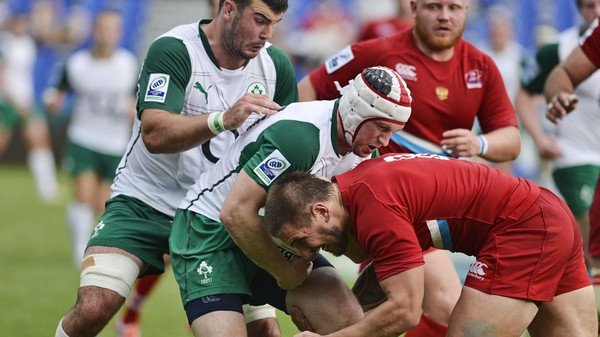