Stephen Ferris has revealed to RTÉ Sport that the ankle injury that has forced him to retire from the game also affects his everyday life and that he may never run again as a result.

Speaking to Damien O’Meara on 2fm’s Game On, the former Ireland international revealed that the severity of the injury meant he had no choice but to call it a day.

“The best medical advice was for me not to play professional rugby again because my ankle isn’t really up to it," the 28-year-old said.

“Unfortunately, I’ve had to retire and hang up the boots...a couple of years earlier than I’d expected. But the way the professional game is at the minute maybe that’s not a surprise to a lot of people.

“Instead I’ll be cycling, swimming, off-feet conditioning, in an effort to keep myself in good shape going forward. But yeah, it impacts every day. I’m having to take tablets for inflammation.

“Unfortunately, I had a really bad injury on 2 November 2012 against Edinburgh at home, which has really done the ankle some serious damage.

“There were three operations to try and get the ankle sorted out and trying to give the ankle some breathing space.

“It got me to a certain level and it got me training. But as soon as I was in match mode and had to get into line-outs and coming down from a height with a bad ankle, it isn’t great.

“I had to go and see the surgeon and for him to turn around and say 'Stevie, your ankle isn’t going to get any better, this is the way it’s going to be', was tough to take, but that’s professional rugby."

"Guys play the sport for a reason, because we love it" - Stephen Ferris

However, the Ulsterman dismissed the idea that professional rugby is too demanding on the human body.

“I’ve been unlucky with getting a bad injury, I think with the way the game is today, with how fast it is and physical, and strength and conditioning is at an all-new high level. But guys play the sport for a reason, because we love it. We love getting out there and putting out bodies on the line,” he said.

“If you ask any rugby player they wouldn’t change it. For me the game is definitely getting more physical and there is a lot more injuries occurring.

“If my ankle was 100 per cent I’d be running out there every Friday night.

“From my personal point of view I don’t think it’s an issue going forward.” 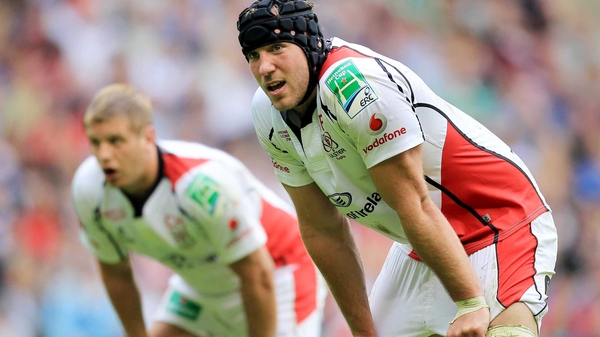