Keith Earls and Marty Moore have both been ruled out of Ireland’s tour to Argentina with injuries.

Utility back Earls has a viral infection, while prop Moore has a toe injury.

Coach Joe Schmidt has called up Leinster's Noel Red and Connacht's Rodney Ah You as replacements.

Out-half Paddy Jackson and centre Rob Henshaw were already ruled out of the touring party.

Meanwhile, forwards coach John Plumtree is to leave the Irish coaching staff after the two-Test tour to return home to New Zealand for family reasons.

Plumtree, who joined the Ireland coaching team in September 2013, said: "I have really enjoyed working with Joe, Les and the players over the last few months.

"But at the end of the day, family must come first and we must do what we think is best for the Plumtree family. I would like to thank the IRFU for their understanding and wish everyone involved in Irish rugby the best of luck for the future."

The first Test takes place at the Estadio Centenario in Resistancia in Chaco Province in the northeast of the country on Saturday 7 June.

The second Test will be played in the Estadio José Fierro in Tucumán in northwest Argentina on Saturday 14 June. 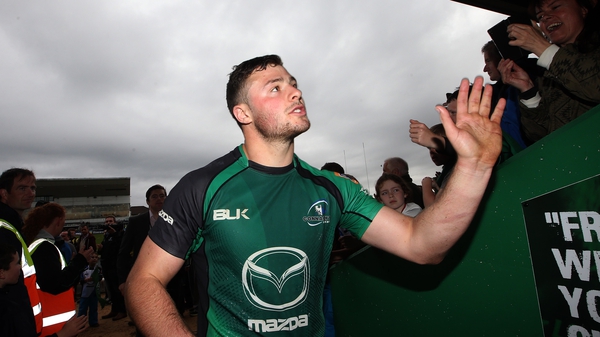 Connacht's Robbie Henshaw out of Argentina tour with hand injury