Coach Matt O'Connor has made three changes to his Leinster side to face Glasgow in the RaboDirect PRO12 final tomorrow evening, 6.15pm.

Following the semi-final victory over Ulster, O’Connor makes two changes in the pack with Mike Ross in for Martin Moore, while Mike McCarthy returns from injury in place of Quinn Roux.

The other change sees Zane Kirchner coming in for Dave Kearney who undergoes surgery on an ACL knee injury today.

Elsewhere it is as you were for O'Connor with full back Rob Kearney due to win his 150th cap for the province.

The teams have met twice this year with both sides winning at home. Glasgow won 12-6 back in September in Scotstoun, while Leinster won the return fixture 28-25 in March with tries from Rhys Ruddock, Noel Reid and Darragh Fanning.

Meanwhile, Glasgow coach Gregor Townsend has made two personnel changes to the team which beat Munster 16-15 in the play-off at Scotstoun, with Peter Horne coming in for Mark Bennett at centre and Gordon Reid replacing Ryan Grant at prop.

There is one positional switch in the backline with Alex Dunbar moving to outside centre, with Horne coming in at number 12.

Peter Murchie continues at full-back, with Sean Maitland and Tommy Seymour on either wing.

Live coverage of Leinster v Glasgow in the RaboDirect PRO12 final from 5.30pm on RTÉ Two on 31 May (kick-off 6.15pm), with live radio commentary from 6.15pm on RTÉ Radio 1 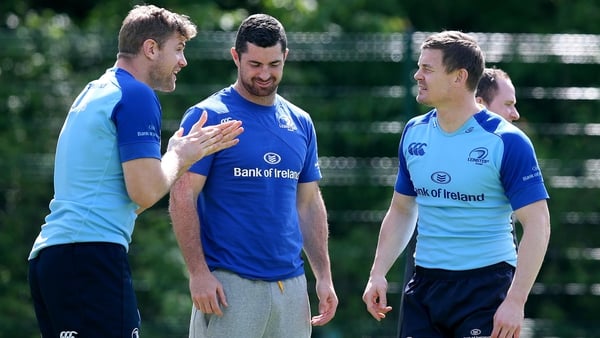