Leinster coach Matt O'Connor has confirmed that Dave Kearney will be out of action for the next four or five months as a result of an anterior cruciate ligament tear.

The injury occurred in the second half of the RaboDirect PRO12 play-off against Ulster on Saturday in the RDS and Kearney will have surgery in the next week or so.

Kearney had already been left out of the upcoming Ireland tour to Argentina as a result of the injury and is now set to miss the start of next season for Leinster as he recovers from the cruciate tear. 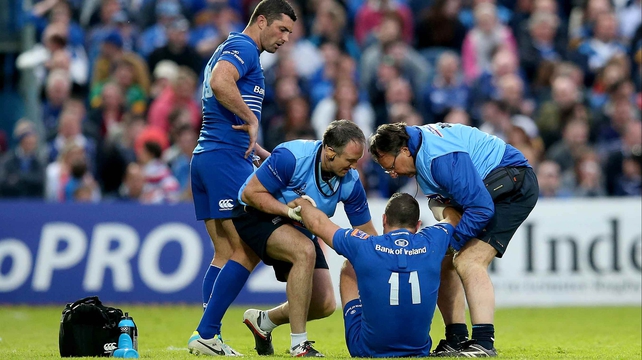 Brian O'Driscoll and Fergus McFadden, however, are due back training on Thursday, while Mike McCarthy continues to make good progress and has trained this week.

McFadden and O’Driscoll, who is set to make his final appearance in the Leinster blue in the upcoming PRO12 final were substituted during the Ulster clash.

Eoin Reddan, who won his 100th cap at the weekend, suffered no ill effects from the game against Ulster having returned from a shoulder injury, while fellow scrumhalf Isaac Boss has been working on his own recovery from a slight calf injury that kept him out of Saturday's play-off.