Glasgow v Munster, 7.35pm (Live commentary on Game On on 2fm from 7pm)

Glasgow have been hugely impressive this season and claiming second spot in the Pro12 regular season came as little surprise.

The basis of their solidity is the pack. Consistently this season they have offered a solid platform from scrums and lineouts.

You don’t win rugby matches without doing this well and Glasgow have managed a level of consistency that has given their backs a chance to shine.

When they shift the ball out, they attack around the fringe extremely well. Using back rows to punch holes, and deploy hand-offs, before having other support runners take the ball at pace.

From those initial breakdowns off first phase they tend to ruck over the ball with pace, before spreading to the centres, drawing in cover before using their back three as often as possible.

It’s a very simple system, but done right it’s so effective. If that doesn’t work for them, fly-hacking for the opposition corners and using runners to put the defence under pressure is another well-used ploy.

So, when looked at that way, the challenge for Munster is first and foremost to negate the platform Glasgow’s pack offer.

Contesting the scrum and lineout and dominating the fringe of the breakdown are crucial. Fail to do this and Munster will be on the backfoot from the off.

Given that they’re playing away in Scotstoun, losing this primal battle up front will lead to the crowd getting behind Glasgow early on, and give more ballast to the Scottish side’s confidence.

Clearly, Dave Kilcoyne and BJ Botha must get the jump on Ryan Grant and Jon Welsh in the scrums, or at least parity: which they should.

Paul O’Connell’s presence in the second row is huge and he will set the example in dominating the breakdown and diminishing the impact of Jonny Gray (below) – Pro12 Young Player of the Year. 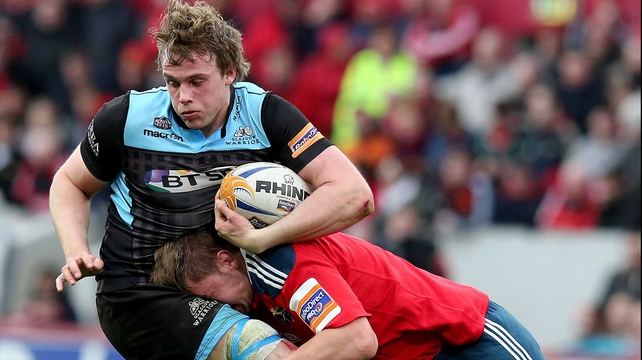 CJ Stander, Sean Dougall and James Coughlan will provide the ball carrying and snaffling, attempting to play Robert Harley and Josh Strauss out of the game.

Outside that area of conflict, Munster have to repeat their defensive performance against Toulon in the European Cup semi-final: 9-15 must make first-up tackles, hitting the line hard, and giving Glasgow no change from their attacks.

They did this so well in the south of France, dominating the collision and using choke or chop tackles to prevent Toulon offloading or gaining crucial extra yardage.

If Rob Penney’s team do this again Glasgow will struggle to create the space they need. Essentially, Munster will suffocate their attack.

There are plenty of one-on-one battles out wide. Conor Murray versus Chris Cusiter will be a fascinating tussle between a sniping, diminutive number nine versus a larger more physically dominant number nine. I expect Murray to continue on his excellent season and get the jump here.

In the centres, Alex Dunbar/Mark Bennett versus James Downey/Casey Laulala is a battle of collisions. These four are going to smash into each other all day and whichever duo hits their defensive game better will dominate. Again, the Irish pair look slightly better placed.

Finn Russell faces Ian Keatley (pictured) at number 10, and while Keatley has been accused of being wet behind the years, he has shown huge growth in his game this season. This is his chance to show that maturity against 21-year-old Russell. 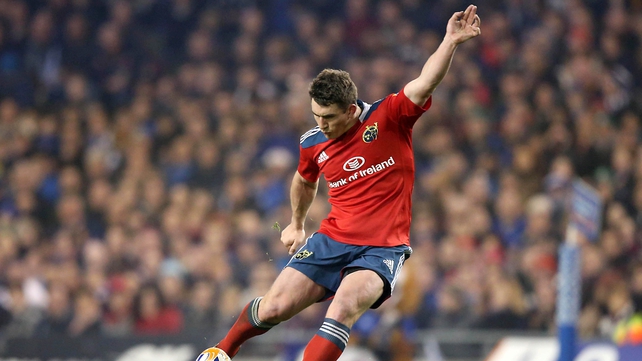 On the wings, Simon Zebo and Keith Earls face off against Tommy Seymour and Sean Maitland.

A lot depends on who gets the better ball from their team-mates further infield. But the other key point here will be errors.

All four have had games this season where they’ve not been clinical enough. Whichever pairing gets their mental game better and in turn takes their chances will give their side a crucial edge.

It all appears very finely balanced on paper, with Munster just having the edge. If Munster perform as they did against Ulster last week, odds are Glasgow will account for the Irish province.

However, if Munster deliver a performance more akin to the one they did against Toulon, then there is only one winner in this semi-final.

Verdict: Munster to win by five. 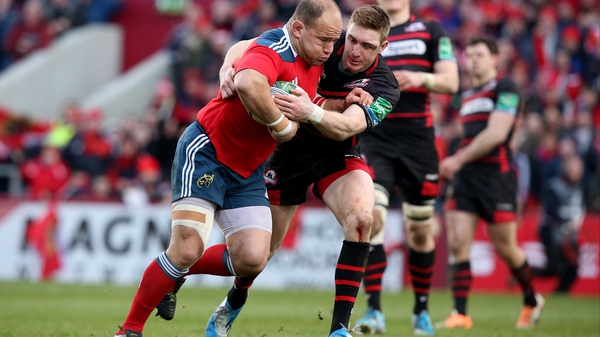