Leinster coach Matt O’Connor has revealed that the province are poised to complete a deal for Australian second-row Kane Douglas.

The 24-year-old Douglas, who has 14 caps for Wallabies, started all three Tests against the Lions last year.

O’Connor was in positive mood when asked about the likelihood of Douglas signing.

“Things have progressed pretty well there,” O’Connor said. “We aren’t too far away from making an announcement.”

O’Connor said of Douglas: “The profile is perfect [...] a young guy, who wants to get better, who wants to experience winning things in the northern hemisphere. It’s fantastic for us.

“Hopefully that gets over the line, and we can tell you more about it at the time.”

O’Connor insisted that Rob Kearney and Brian O’Driscoll were in “perfect” condition for Leinster’s Pro12 semi-final against Ulster.

However, he conceded that although Luke Fitzgerald was making progress in his recovery from injury, he would not be back in time for Saturday’s game (live on RTÉ Two, kick-off 7pm).

He described Fitzgerald’s injury as a "niggler, but it’s not a career-ender”.

O’Connor revealed Richardt Strauss had undergone surgery on an injured hamstring and would be sidelined for another four or five months following what he described as a “horrific run” of injury.

Mike McCarthy has trained after making quicker progress than expected following his injury against Edinburgh last weekend, with the medics monitoring his progress.

Speaking about Sean O’Brien’s return from long-term injury, O’Connor confirmed it had been a “huge boost” for the squad.

“He brings a pretty unique energy to the training environment, and to have him involved last week, and him [being] a little bit closer to being back to his best, this week, is huge for the group.”

The former Australian international believes the fact that Ulster’s seasons have been ended by Leinster over the last two seasons will give added motivation to his side's opponents, describing the encounter as “sudden-death rugby”. 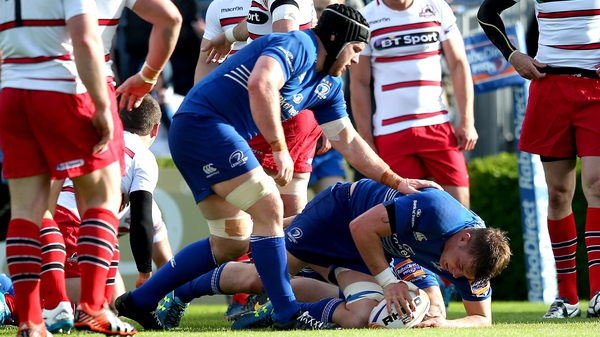