Mils Muliaina has signed a one-year IRFU contract and will become the first ever All Black to play with Connacht.

Samoan-born Muliaina, who is currently in his second stint with the Waikato based Chiefs, will link up once again with coach Pat Lam.

Muliaina also played under Lam at Auckland in 2004/05 and with the Asia Pacific Barbarians in 2012.

The 33-year-old has been signed as a player-mentor, where his invaluable experience will assist in the development of the young Irish talent at the club.

The New Zealand full-back became the second All Black (after Richie McCaw) to reach 100 caps when he ran out against Argentina in the quarter final of the 2011 Rugby World Cup.

Speaking from New Zealand, Muliaina sad: "This is an exciting time for me, making the move to Connacht Rugby.

“I've obviously had a good chat with some of the boys at the club - Nathan (White) and Clarkey - and they've told me a good bit about the place. But I've learnt a lot about what to expect from my discussions with Pat (Lam).

“Myself and Pat have a very good working relationship. As well as Auckland, he coached the AP Barbarians team in June 2012 and I think the fact that I was still in decent shape after all those years surprised him.

"I have a good understanding about my role and what is expected of me at Connacht.

"I've heard a lot about the talented young backs at the club - guys like Robbie Henshaw - and I'm keen to help anywhere I can, both on and off the field."

He added: “Being able to play some competitive football while also sharing my knowledge and helping Connacht to achieve their vision played a big part in my decision to move. I expect to learn a good bit from these young guys too and that's exciting.

"Moving to the other side of the world is a challenge but one that I'm really looking forward to. My experiences of playing in Ireland have been memorable and the one thing that stands out to me is the people.

“They are passionate people who really love their rugby. I've been to Dublin and Limerick with the All Blacks and from what I hear about Galway, it's one of the best cities in Ireland. I can't wait to get over there.

"Right now I'm fully focused on my recovery and getting myself ready to hit the ground running when I arrive in Ireland."

Commenting on the historic signing, Lam said: "I don't think I need to point out how huge it is to have Mils Muliaina as our first All Black coming to represent Connacht.

“The second ever All Black and the first ever back to reach 100 test matches is some achievement but what's incredible about Mils is the passion and professionalism he brings whenever he plays and I know he will bring that in the Connacht jersey.

“At the age of 33, he still has that hunger to play competitive rugby and before his surgery last month, he showed his quality and ability to keep playing at the top level in Super Rugby. It's exciting to announce that we'll have him on our team next season.

"One of our main priorities as we began recruitment for next season was to bring in a quality, experienced back to help nurture and mentor our young Irish qualified backs on and off the field.

“With the Rugby World Cup only a year away we also wanted someone who could help prepare and guide Connacht's current international Robbie Henshaw.

"Mils' playing experience and knowledge as a full-back, centre and wing who has played in three Rugby World Cups including winning one, will be massive for Robbie and all our backs.

"I've known Mils for some time now and as well as the wealth of knowledge and experience he will bring to the team, he is first and foremost a great team man and a leader who will contribute enormously to our Connacht culture and help move us closer to our vision." 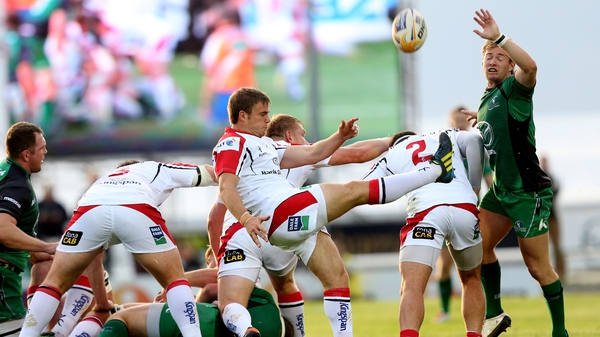