Munster are guaranteed a semi-final place in the RaboDirect PRO12 after Ospreys’ surprise 30-27 defeat at Zebre this evening.

The result means that Rob Penney’s side and Glasgow, along with leaders Leinster, are guaranteed semi-final places in the play-offs, with Ulster favourites for the last berth as Mark Anscombe’s charges sit four points ahead of fifth-placed Ospreys.

The Welsh outfit have one game remaining while Ulster have two, at home to Leinster on Friday and away to Munster on 10 May.

Munster play in Edinburgh on Saturday night hoping for a win that can push them towards a top-two finish and a home semi-final.

Zebre, meanwhile, moved off the bottom of the table courtesy of Guglielmo Palazzani's last-gasp try.

The scrum-half drove over the line after the 80 minutes were up as Zebre, who had let slip a 16-6 half-time lead to trail 27-16 at one point, earned back-to-back league wins for the first time this season, having beaten Edinburgh in their last outing.

A losing bonus point was scant consolation for Ospreys, who found themselves 10-0 down inside the opening 15 minutes after Luciano Orquera followed up his penalty by converting Giovanbattista Venditti's try.

Zebre were penalised twice and Dan Biggar made no mistake with his kicks, but the home side re-established their 10-point cushion before the end of the half thanks to the boot of Italy fly-half Orquera.

But the Ospreys set the tone for the second half as Justin Tipuric crossed after a great break from Dan Baker with just 34 seconds on the clock, while Ashley Beck grabbed their second try in the 54th minute to give the visitors the lead for the first time in the match.

Biggar converted both tries and added the extras to Alun Wyn-Jones' 67th-minute touchdown to give the Ospreys what appeared to be an unassailable 27-16 lead.

Zebre refused to accept defeat, however, and scrum-half Brendon Leonard narrowed the gap to four points with a converted try while both sides finished the match with 14 men after Samuela Vunisa was sin-binned for the hosts, with Wyn-Jones yellow carded shortly afterwards.

With huge pressure on the Ospreys back line, Zebre eventually forced a way over through Palazzani, with fellow replacement Tommaso Iannone adding a second conversion as Zebre moved above Treviso in the standings. 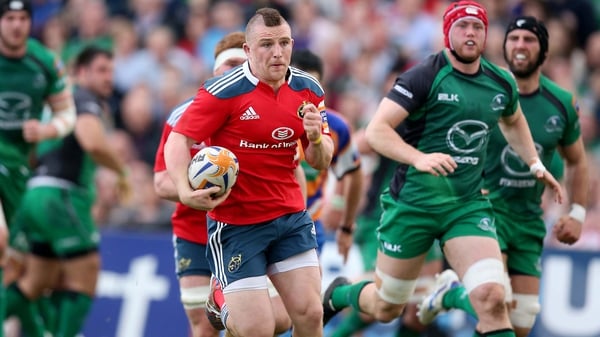