Damien Varley has been named as captain for Munster's Heineken Cup semi-final against Toulon in Marseille on Sunday (3.30pm Irish time).

The hooker will lead the side in the absence of regular captain Peter O'Mahony, who is out for the rest of the season after shoulder surgery.

There are two changes to the side who thrashed Toulouse in the quarter-finals, for what is their 11th Heineken Cup semi-final appearance.

CJ Stander takes O'Mahony's place at No 6 with Sean Dougall in for Tommy O'Donnell at openside.

JJ Hanrahan is named on the bench after recovering from a groin tear but there is no place for Donnacha Ryan.

Ryan, who has been battling with a foot injury since the Treviso game in March, did take part in this week's training programme but has not been included in the side after a final assessment was made following this morning's training session in Thomond Park.

Meanwhile, former England star Jonny Wilkinson has recovered from hamstring trouble in time to captain Toulon against Rob Penney's side. 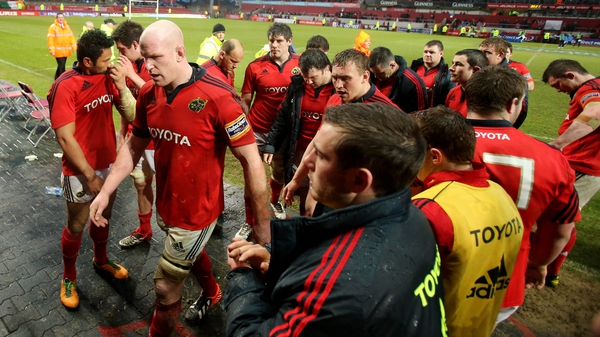