The future of European club rugby was resolved with a new elite competition replacing the Heineken Cup, putting an end to a dispute that rumbled on for nearly two years and threatened to tear the northern hemisphere game apart.

The new European Rugby Champions Cup, which will be run by a Swiss-based association called 'European Professional Club Rugby' (EPCR) instead of current organisers European Rugby Cup (ERC), will consist of teams from the Six Nations' countries.

Under its new guise the competition, starting in the 2014-15 season, will involve 20 teams, with six qualifying from each of the English Premiership and French Top 14 and seven from the Pro12, which includes teams from Scotland, Wales, Ireland and Italy, EPCR said in a statement.

A minimum of one team from each of the Pro12 countries will be guaranteed a place in the competition, while the remaining spot will be decided by a playoff between the seventh-placed teams in England and France in the first season, and will include two further teams from the Pro12 after that.

Five pools of four teams will play each other home and away, with the section winners and three best runners-up progressing to the quarter-finals.

The second-tier Amlin Cup will be replaced by the 20-team European Rugby Challenge Cup featuring 18 clubs from the top three leagues and a further two from outside.

A third competition, called The Qualifying Competition, will involve between eight and 12 teams, two from Italy and others from second-tier nations.

The winners of the Challenge Cup will be guaranteed a spot in the premier competition the following season, regardless of where they finish in the league.

There is a minimum eight-year deal among the stakeholders, with income - the distribution of which was one of the major contributors to previous disagreements - divided so that the Top 14, Premiership and Pro12 teams each get a third, with the latter guaranteed a minimum amount for the first five years.

BT and Sky have reached an agreement in principle regarding the broadcast of the top two competitions, which will be shared.

"The benefits will be seen far and wide, from the clubs to the supporters, sponsors and everyone who has followed the fabulous mix of high class rugby and good natured rivalry - all played out in many spectacular towns and cities in Europe," England's Rugby Football Union (RFU) chairman Bill Beaumont said in a statement.

The long-running battle with the ERC started in June 2012 when English Premiership and French Top 14 clubs raised concerns over who organises the elite competition, who plays in it, and how much teams get paid.

English and French clubs said they would form a breakaway competition after making no headway in negotiations with the Celtic unions over qualification criteria and income distribution, with Scottish, Welsh, Irish, French and Italian unions saying they were committed to the existing structure.

In December the chairmen of the 12 English Premiership clubs said they would not compete in next season's Heineken Cup, despite French sides being convinced by their union to withdraw from the breakaway group.

The existing format had been in existence since 1995, with French club Toulouse winning the Heineken Cup, European club rugby's top prize, four times, more than any other side.

The signatories to the new agreement are the Six Nations unions, plus the club bodies for England, France and Wales.

"This is an excellent outcome for all concerned, most importantly the players and supporters who have made European rugby what it is today," RFU chief executive Ian Ritchie said in a statement.

"This equitable, long term agreement will provide the platform for rugby union to continue to expand across Europe, increasing interest and involvement in the game at all levels." 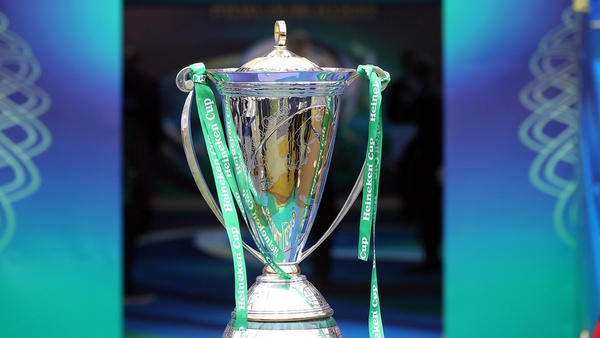