Leinster flanker Shane Jennings says that his side's experience away to French opposition can help them overcome Toulon.

The three-time European champions face the current holders in Stade Felix Mayol on Sunday at 4.30pm in the Heineken Cup quarter-finals.

Leinster beat Castres away in the pool stages in January. They also famously beat Clermont at Stade Chaban-Delmas in the semi-finals in 2012.

Jennings, 32, says that their previous forays on French soil will stand to them against Toulon, who beat Toulouse at the weekend and are currently second in the Top 14.

The former Leicester Tiger said: “Playing Clermont down there is similar, playing Toulouse down there is pretty similar; we’ve experience in that.

"I don’t think we’ve ever [gone] down to a [team] who have been the holders of the competition, with such a proud home record and doing so well in their league.

“It’s somewhere I’ve never been before. I don’t think a lot of the lads have been down there before. There’s a lot of new challenges around it but it’s the same principle – you’re going into a pretty hostile environment against a very physical French pack with a dangerous backline.

“It’s a massive challenge and it’ll be a real test for us."

Meanwhile, Brian O'Driscoll, who was replaced during Saturday's Pro12 win over Munster, and Cian Healy, who missed the game, both took part in a "modified" training session today but are expected to take a full part in Thursday's session.

Live radio coverage of Toulon v Leinster on Sunday Sport from 14:00 on Sunday 6 April on RTÉ Radio 1 and RTÉ.ie (Worldwide). 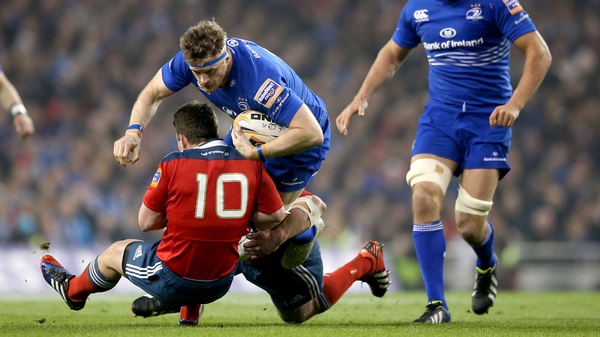