Phil Davies has resigned as rugby director at Cardiff Blues in the wake of the team's poor run of results.

The former Wales lock has shouldered responsibility for Cardiff's lacklustre campaign, with the Blues slumping to 10th place in the RaboDirect Pro12 following Saturday's 15-10 defeat to Italian minnows Zebre.

That was rock-bottom Zebre's second win over the Blues this season and was a ninth defeat in their last 11 matches in all competitions for Cardiff.

The 50-year-old Davies, who had been in charge at the Blues since May 2012 after an earlier coaching spell with Leeds, on Monday tendered his resignation and left his position with immediate effect, Cardiff announced.

Davies said: "This is a decision that I've not taken lightly, but one that I've made in view of my future career and my past experiences in professional rugby. I've enjoyed the role and the leadership, processes and the high performance elements.

"I feel this is the right time for me to look to the next challenge and other opportunities in performance development.

"I'm proud of the work that has gone on to put this region in a stronger position.

"The career pathway for players and coaches is now clear, from age grade rugby to the Academy and Premiership.

"We have an excellent Academy system and the coaches in place, with men like Dale McIntosh and Paul John, to really drive this region forward."

He added: "I'm sure with the squad being assembled for next season and beyond, Cardiff Blues will enjoy a bright future and I wish them every success." 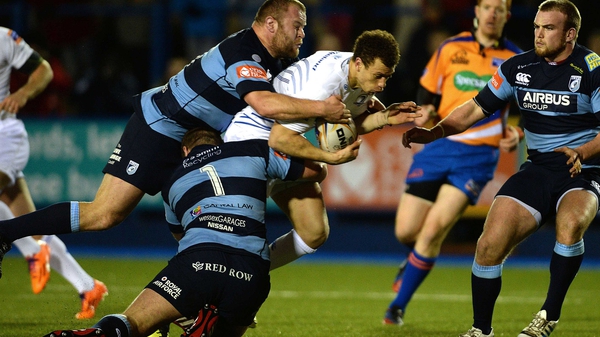